Nickelback fans beware: you may one day find yourself 40 feet down a gorge for your digressions 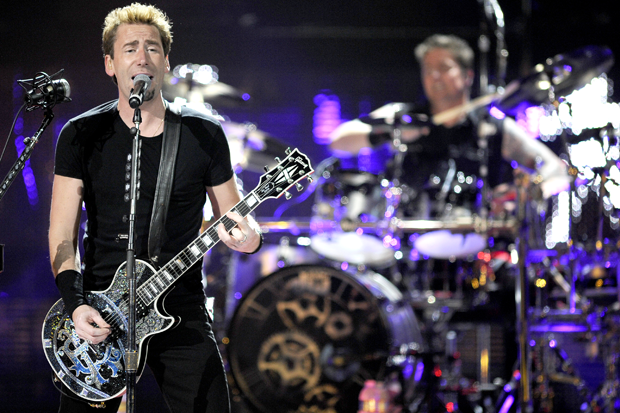 Sometimes the cosmos demonstrates its musical inclinations quite clearly. A 22-year-old Nickelback fan was made acutely aware of this fact on Tuesday night when, instead of successfully sneaking into a Nickelback show at the Saratoga Performing Arts Center as planned, he found himself 40 feet down a neighboring gorge instead.

Where does Nickelback actually rank on our list of rock’s biggest punching bags? Read our most-hated list.

Per Gawker, Kevin Beaudette of Tupper Lake, New York, “appeared to be intoxicated” when he was rescued by local firefighters after toppling down the Geyser Brook Gorge while attempting to get in on the action at SPAC, which included “the power of a T-shirt gun” and cups of beer tossed into the audience by frontman Chad Kroeger. According to local reports, “rescuers had to use a basket to get him out of the gorge.” He was treated at the Albany Medical Center Hospital for minor bruises and abrasions and released. Whether the hospital was able to mend the bruise to Beaudette’s ego is as yet unknown.

Considering Nickelback’s multiple attempts at a sense of humor, fans (or everyone, really) can probably expect some sort of YouTube response from the band at some point, which will be great because now that Beaudette doesn’t even need a fancy Facebook trick to be outed to the world as a Nickelback fan, he might as well get some kudos for his, er, dedication?