'Lonerism' is due out in October on Modular Recordings 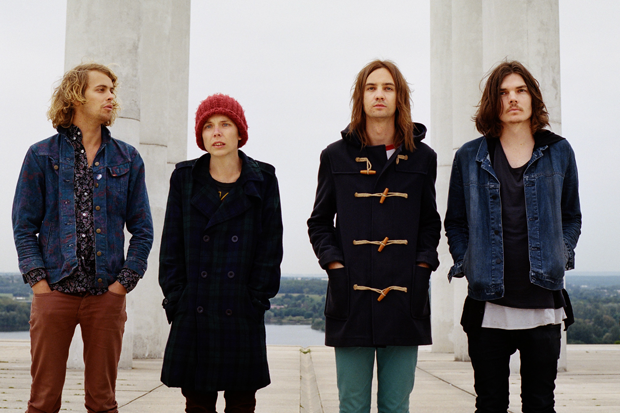 Kevin Parker, who wrote, played, and recorded Tame Impala’s 2010 debut Innerspeaker himself at a house in Australia, hinted at his plans for a follow-up in a SPIN interview early last year. “It’s a lot more — what’s the word? — decadent,” Parker said of his then-still-in-the-works psych-rock sophomore outing. “I’m giving in to temptation more. It’s like if you got the album that’s out now and gave it the Ninja Turtles ooze and turned it into a mutant version.”

That Ninja Turtles ooze is all over “Apocalypse Dreams,” the first offering from Tame Impala’s newly christened Lonerism, due out this October on Modular Recordings. The six-minute track has enough flighty falsetto, psych-twinkling keyboards, forceful bass grooves, and percussive stomp to stir up the muscle memory of anyone who ever headphone-surfed to Innerspeaker standouts “Solitude Is Bliss” or “Runway, Houses, City, Clouds.” But listen next to those other songs, and it’s clear just how much bigger and brighter this latest contribution sounds. Imagine if Congratulations had been MGMT’s first record.

All of which raises expectations for what’s set to be the first official single from Lonerism, “Elephant.” Although don’t necessarily expect that track to be any more clear-eyed: While “Apocalypse Dreams” begins, “This could be the day that we push through / It could be the day that all our dreams come true,” by the harmony-swirling conclusion, Parker is acknowledging, “Nothing ever changes / No matter how long you do your thing.” Unless, of course, you know the secret of the ooze.