With a ridiculous statement! 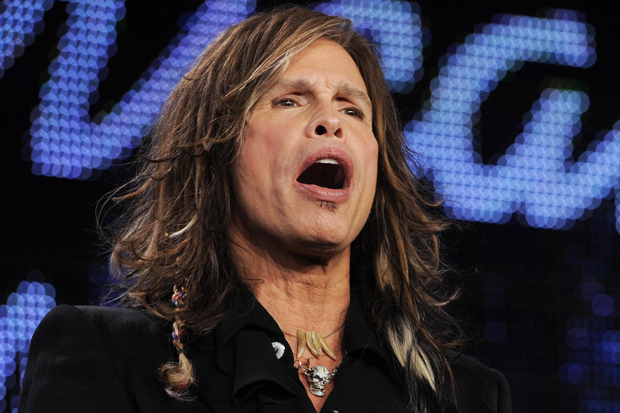 There hasn’t been a lot to love about the last two seasons of American Idol, but knowing you could tune in to see Steven Tyler dressed up like a human windchime, saying something vaguely inappropriate to an underage female hopeful made flipping over to Fox a moderately amusing option. But the Aerosmith frontman is stepping away from the show, announcing his plans to pack up his scarves and re-devote himself to rock’n’roll the only way he knows how: with a ludicrous, amazing statement:

“After some long……hard……thoughts…I’ve decided it’s time for me to let go of my mistress American Idol before she boils my rabbit,” he said in a statement punctuated exactly like that. “I strayed from my first love, AEROSMITH, and I’m back — but instead of begging on my hands and knees, I got two fists in the air and I’m kicking the door open with my band. The next few years are going to be dedicated to kicking some serious ass — the ultimate in auditory takeover… On Nov 6, we are unleashing our new album, Music from Another Dimension on the Earth, Moon, Mars, and way beyond the stars…Idol was over the top fun, and I loved every minute of it…Now it’s time to bring Rock Back. ERMAHGERD.”

We’ll miss you, Steven. Please continue to lose your war with gravity. Don’t take that from us, too.

In slightly less tragic news, Jennifer Lopez is also eying the door at Idol. “At the end of the day, whichever way, it’s a heartbreaking decision if I’m going to have to go,” she said on the Today show. Idol is facing more competition on the judges’ table from The X Factor since Simon Cowell snagged Britney Spears for his show.