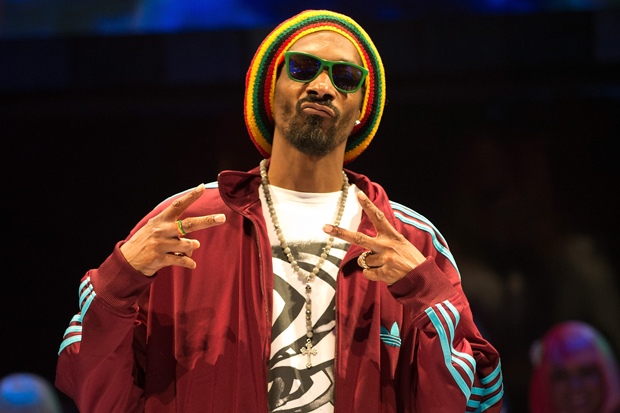 In March, omnipresent DJ-slash-producer Diplo revealed he had been working on a reggae album with none other than Snoop Dogg. Over the weekend, Snoop announced that the record — which he’ll be putting out under the rasta-ready name Snoop Lion — will be titled Reincarnated and is on the way via Vice. Snoop also posted his first song as a Lion, “La La La,” which features an executive producer credit from Diplo’s Major Lazer project. There’s also a simple but effective video of the song being played on vinyl.

“sendin the positive vibes all around!!! jahh!!! rastafari!!!” said Snoop on Twitter. Snoop Lion’s SoundCloud page even lists the artist’s location as Kingston, Jamaica. “La La La” is squarely in keeping with that conceit, with Snoop singing — yes, singing — amid loping guitars, tropical keyboards, and an atmosphere thick with smoke. The humid production helps keep Snoop’s adopted patois from veering off quite into Snow territory (as catchy as the Canadian reggae singer’s 1992 one-hit-wonder actually “Informer” was!), and all told it’s perhaps the most intriguing effort from the former Doggy Dogg since 2007’s “Sexual Eruption” — though let’s not forget his guest verse on Katy Perry’s deservedly inescapable-circa-2010 “California Gurls,” either.

According to Pitchfork, Diplo and Foreign Born member Ariel Rechsthaid produced “La La La,” and Reincarnated will be out later this year. There’s always the risk of a project like this coming off as a curio or novelty, and rap-reggae crossovers aren’t always wildly successful — take Nas’ solid but occasionally meandering collaboration with Damian Marley a couple of years ago. But so far Snoop Lion’s roar sounds promising.