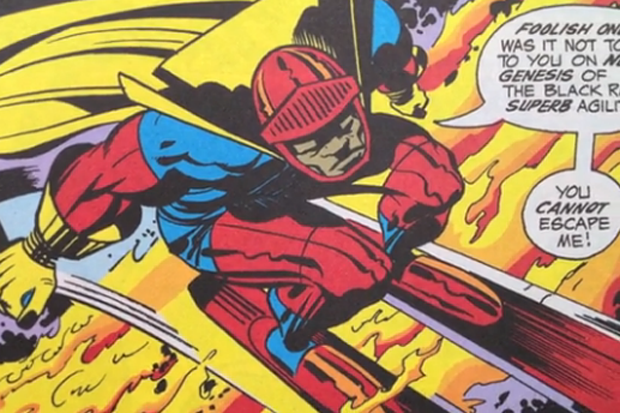 Earlier this month, Kanye West and Pusha T unleashed their intense new G.O.O.D. Music collaboration “New God Flow.” Possibly overlooked in the generally positive reaction to the track was the title’s similarity to New Gods, a comic by comics legend Jack Kirby. No longer! Now West and Pusha’s visceral lyrics and haunting, piano-driven backing have a video that sets them to images from New Gods’ third issue, which features the first appearance of the character the Black Racer. If only there were a character named Ghostface Killah, who’s sampled on the track’s hook. Kirby did create Captain America, along with co-creating the Fantastic Four, the X-Men, and the Hulk.