RZA’s ‘Blowin’ in the Wind’ Is Not a Bob Dylan Cover, Is Awesome 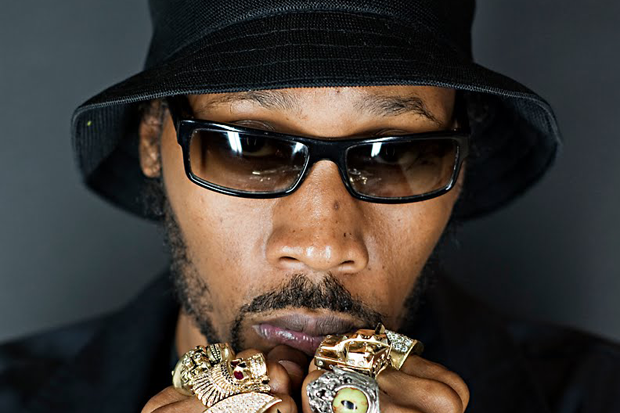 RZA has been busy writing, directing, and acting in the upcoming martial arts movie The Man With the Iron Fists, which hits theaters on November 2. A trailer for the film, which stars Russell Crowe, Lucy Liu, Pam Grier, and more, suggests it has plenty of what everybody likes: violence, sex, RZA. There’s also a highly promising soundtrack lineup including Kanye West, the Black Keys, the Wu-Tang Clan, Wiz Khalifa, and, yes, RZA.

Just in case Hollywood stops returning RZA’s calls, though, the newest track from the Wu-Tang maestro (via Some Kind of Awesome) shows his day job should still be plenty safe. Not a Bob Dylan cover, thank God, Bobby Digital’s new “Blowin’ in the Wind” is cinematic, thrilling hip-hop, incorporating all kinds of sound-effect samples atop lurching, sinister synth fanfares. In the thick of it all is RZA’s measured, breathy, steadily intensifying rapping, with a funny shoutout to William Shatner. “They thought I was out / But they brought me back in,” RZA hisses. It’s a welcome, if slightly spooky, return to what the man does best.