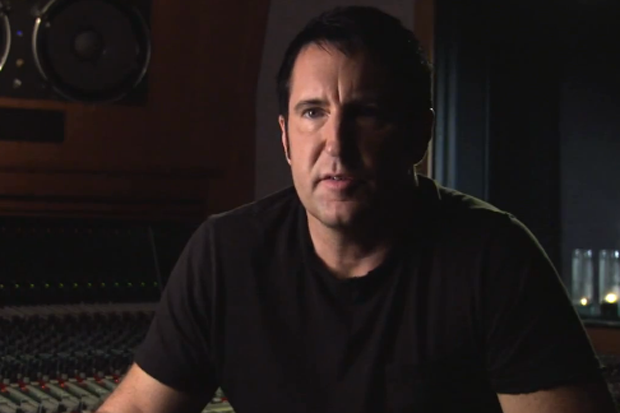 Some of Trent Reznor’s music for the new Call of Duty video game Black Ops II has surfaced online in the form of a video preview (via Antiquiet). The Nine Inch Nails frontman, who composed the score for the game, also comments briefly in the clip, calling the video-game medium “a true art form” that’s “every bit as viable as film work or music.” The strains audible in the video shouldn’t shock anyone familiar with Reznor’s scores with Atticus Ross for The Social Network or The Girl With the Dragon Tattoo, with plenty of suspenseful keyboards, droning electronics, and throbbing rhythms that eventually break out into a gnashing electro-rock climax.

Black Ops 2, due out November 13, isn’t Reznor’s first foray into the gamer world. As USA Today reports, years before Reznor’s movie scores, he previously worked on music for the first-person shooters Quake and Doom 3. Black Ops 2 director Dave Anthony, who appears in the clip alongside writer David S. Goyer and Treyarch Studios head Mark Lamia, told the newspaper the video game makers wanted “the kind of artist who could represent something a little bit dark, sometimes conflicted, bold, original, and engaging.”

Reznor previously described the game’s theme song to USA Today as “aggressively sounding” rock driven by guitar, bass, and drums. He said his next focus is his band How to Destroy Angels, with wife Mariqueen Maandiq and film music collaborator Ross; according to Reznor, the band’s album is complete but still getting a few final tweaks, but should “be out soon,” pending “a different type of distribution.” Reznor also revives hope for the first new Nine Inch Nails music since 2008’s The Slip, saying, “Right now, it’s in its gestation period.”

Of course, Reznor isn’t the only ’90s alt-rock veteran working on video game music recently. Beck has created three tracks for the upcoming music-oriented game Sound Shapes. Also contributing to that game, among others, is Deadmau5, who as it happens just unleashed a new Nine Inch Nails remix. “Video game culture has expanded into the largest form of entertainment,” Reznor says in the Black Ops II trailer.