Pink Raises Her Glass Again on ‘Blow Me (One Last Kiss)’ 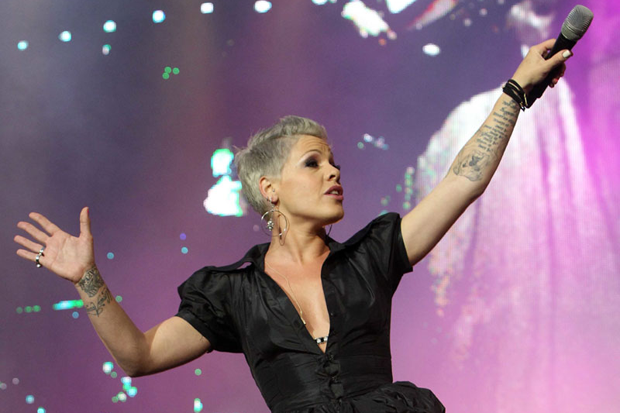 Over the weekend, Gotye dismissed exaggerated rumors of his death with a Pink-deprecating tweet. “I’m not dead. #Pinkalbumtitles,” the singer-songwriter who’s Australian for Sting wrote. The real Pink, who is also very much alive, is indeed prepping her first album since 2008’s Funhouse, but let’s not forget her 2010 Greatest Hits… So Far!!! compilation spawned two big hits in its own right (“Raise Your Glass,” “Fuckin’ Perfect”). And while Gotye has been standing around naked painted the same color as the walls, Pink has been, y’know, being a mom, so she has a pretty good excuse for any delay.

“Blow Me (One Last Kiss),” the first single from the LP, has arrived, and while it might not fully satisfy those who love her past smashes like 2008 glam-rock romp “So What” or 2001 coming-out moment “Get This Party Started,” it has hooks galore. With the mix of bawdiness and earnestness the title implies, the upbeat electro-pop track has a punchy guitar riff distinctly reminiscent of Modest Mouse’s “Float On” (or the Lupe Fiasco radio hit that samples it) and the strobe-lit electronics the moment demands. “I’ve had a shit day / You’ve had a shit day,” Pink cries, and a crowd shouts back, “yeah,” recalling the communal quality of “Raise Your Glass.” Except this time with “whiskey dick” and “dancing alone.”

With co-writing by Greg Kurstin, who has had his hands on countless pop smashes in recent years (Lily Allen, Ke$ha, Foster the People, Santigold), it’s fancier than its closing la-da-da sing-a-long might suggest — “I think I maybe think too much,” goes one instantly catchy lyric — and also, of course, dance-y. All of which suggests Pink might still be more than just someone that you used to know.