'Put Your Back N 2 It' singer and songwriter delivers a stark, affecting cover of the powerful 'Like a Prayer' single 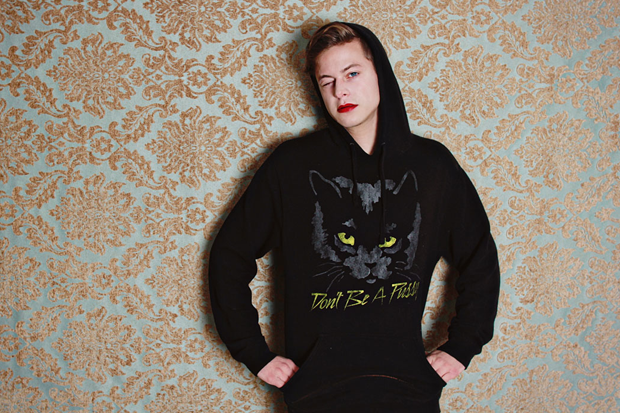 By Madonna standards, “Oh Father” was a flop. From 1989’s Like a Prayer, it was the Material Girl’s first single not to reach the U.S. Top 10 since “Holiday” five years earlier, and its slightly theatrical verses certainly aren’t as catchy as, say, “Express Yourself.” Still, in its conflicted, lushly passionate treatment of paternal and, implicitly, religious conflict, the song taps deeply into some of Madonna’s most crucial themes, with a deep melancholy that might appeal to fans of the Smiths or Kate Bush. The video, directed by no less than David Fincher, was also a heart-wrenching, movingly executed exploration of those same inner struggles. In other words, the song is a perfect choice for the raw-nerve singer and songwriter Mike Hadreas, a.k.a. Perfume Genius, who sang an abbreviated cover over halting keyboard in an impromptu performance for Drowned in Sound (via Under the Radar). With Hadreas’ high, fragile-sounding voice and loose, poetic interpretation of the lyrics, it hits you in the gut hard enough to hold up alongside Perfume Genius’s recent sophomore album Put Your Back N 2 It. This is papa being told not to preach, in a way that might make papa break down and weep.