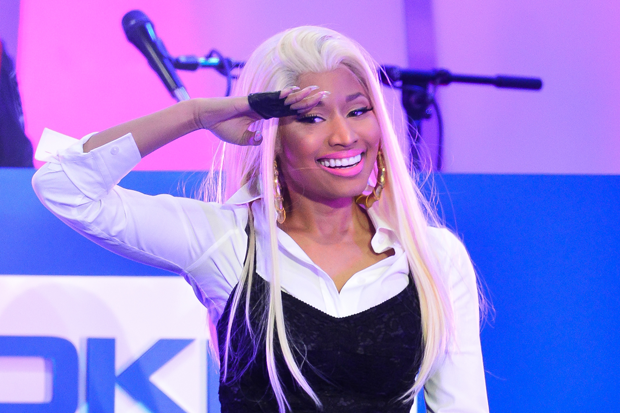 Just as Kanye West and Pusha T are basking in the adulation for their new G.O.O.D. Music cut “New God Flow,” their rivals over at Young Money and Cash Money Records have unleashed a star-studded track of their own, via IllRoots.

Sure, nobody was exactly clamoring for a fully loaded version of “Born Stunna,” Cash Money boss Birdman’s grunging money-cars club-rap boast with Florida hip-hop action hero Rick Ross. But on this remix, YMCMB star Nicki Minaj comes out swinging, spitting a phrase that sure sounds like “fuck a Pusha” amid a strident, effects-clipped verse that invokes her “all these bitches are my sons” insult and brings out her cartoonish side with a classic ’80s-baby-Disney closing reference. Lil Wayne, the one who had beef with Pusha to begin with, follows Nicki’s lead in more than one way here, both with his own Disney-animation allusion (Aladdin) and some (literal and figurative) shit talk.

When Wayne brays, “Keep hatin’, gone make me catch another gun charge,” it might sound worrisome — if West and Pusha hadn’t once again quite clearly gotten the better of this exchange. As with the late-May back-and-forth between Pusha’s “Exodus 23:1″ and Lil Wayne’s “Goulish,” even if you’re the sort of listener who can hardly hear West’s boasts over his transparent and arguably tiresome insecurity, it’s obvious who’s won this fight. And it’s the rappers who are using the beef to making grand, genre-furthering gestures. Not the crew on the defensive. Nicki’s entry into the foray, however — speaking of rappers who make grand, genre-furthering gestures — suggests the G.O.O.D./YMCMB war of words might be far from over. Here’s hoping a little friendly competition, in a break from hip-hop’s needlessly tragic history in such dustups, turns out to be good for everybody.