New Order Will Return to the States, But Where’s the Hook?

Peter Hook won't be along for the ride as the group plays its first U.S. shows since 2005 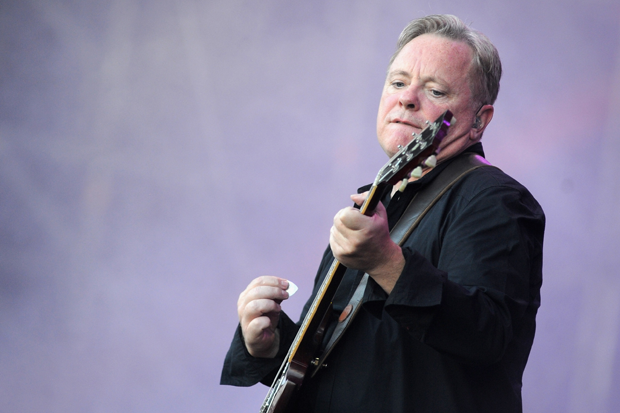 Unfortunately, bassist Peter Hook will not be showing up for roll call. The disgruntled original member quit via a Xfm radio interview in 2007 when, without consulting the others, he declared that New Order had broken up. When a reunion was announced last year, Hook went on record once again, via statement: “New Order without Peter Hook is like Queen without Freddie Mercury, U2 without The Edge!”

He also took the opportunity to complain that he hadn’t been warned of the news by “the other three” — simultaneously slighting newer guitarist Phil Cunningham and Hook’s replacement Tom Chapman, and proving just how slippery memory can be. But hey, if he buys himself a ticket out he can air-bass along with “Regret” from the crowd. To think, if they’d only had a conversation on the telephone. New Order singer Bernard Sumner seems in good spirits: “We’ve been having such a great time together this year, playing shows all over Europe, and we’re all really excited to be playing America again,” he told Rolling Stone. The group is coming off of a series of festival appearances, and a sold-out U.K. tour. “We have so many friends and fans there we can’t wait to get back!” Meanwhile, Hooky has moved on … sort of. He and his new band the Light have been touring behind Joy Division’s 1979 debut Unknown Pleasures, playing his old(est) band’s album in its entirety on various stops around the U.K. New Order, of course, formed from the ashes of Joy Division after the tragic suicide of singer Ian Curtis. A New Order outtakes album Lost Sirens, is due out later this year.