"The ingredients are very much the same," bassist Ted Dwane said 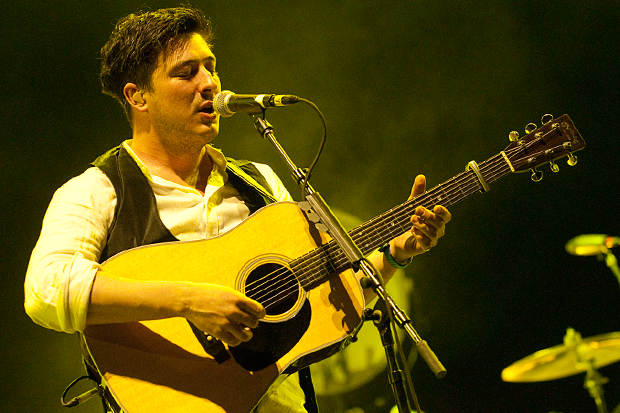 Last month, Mumford & Sons dropped a twee 36-second trailer that hinted via maritime flag signals that the their follow-up to the ridiculously successful debut Sigh No More would be called Babel. Now, they’ve confirmed the sophomore album’s title and have announced that the record will be released on September 25 via Glassnote.

“You might hear a little bit more of a slight flavor of darkness on a couple songs,” bassist Ted Dwane told Rolling Stone, confirming what Babel’s track listing implies with song titles like “Whispers in the Dark” and “Ghosts That We Knew” (which the band premiered on Philadelphia’s Radio 104.5 last fall). He added that an Odyssean being-away-from-home theme (the kind that perpetually on-tour musicians experience) will also be a big factor. “The ingredients are very much the same: the four core instruments and a lack of a drummer, which can give it that strange, simple, unique sort of sound,” Dwane said, adding, “I don’t think we were looking to be too crazy and experimental.”

The Brit quartet has racked up quite a between-albums résumé since Sigh No More. Not only did frontman Marcus Mumford both marry Brit actress Carey Mulligan in April and subsequently break his hand in June, forcing the band to cancel festival appearances in the UK, but the band also recently debuted its old-timey revival documentary Big Easy Express, which captured their modern reinvention of Janis Joplin and the Grateful Dead’s 1970 train tour with the help of Edward Sharpe and the Magnetic Zeros and Old Crow Medicine Show.