"The lilies seem to have disappeared" 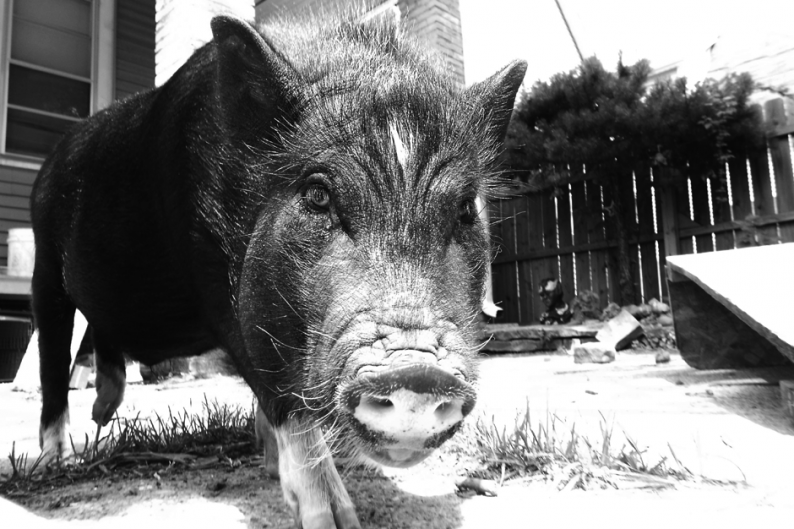 Vinnie Kircher: He came to us with two previous names of Elliott and Bacon. We started calling him all versions of “pig,” and Piggles seemed to be the one he responded to. His personality is pretty wide-ranging. When we let him in after a day outside, you can tell he wants to hang out, but he’s so tired that he’s just grumpy as fuck. He can jump up on the couch, but he can’t always quite do it. Picture the little guy jumping. He really has to get motivated. Usually, he just comes and puts his front hooves on the couch and we’ll pull him on. But the weird thing is that he always wants to have his nose covered. He gets almost demanding — he puts his nose under the couch cushion, under your shirt, in your crotch. “Dude, chill out. We’ll get you a blanket.” 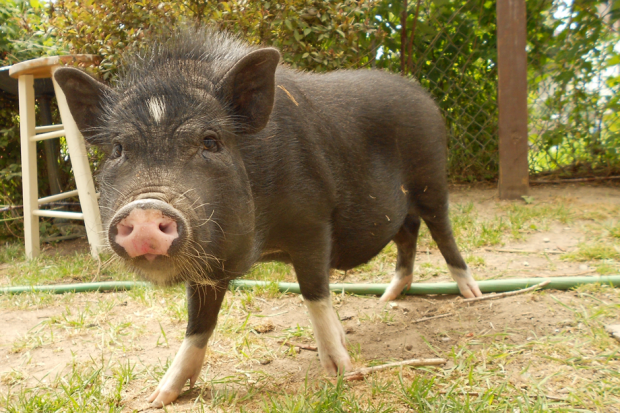 He’s potty-trained and amazingly well behaved, but if you leave out a garbage bag full of food, he will destroy it. If he gets to the top of the stairs, he’ll immediately rip a hole in his bag of food and have a field day. He goes up our stairs, but he’s way too top-heavy to go down. He would just tumble. He squeals super loud when you pick him up to take him downstairs. He calms down by the time you get him to the bottom, but something about being picked up automatically triggers the Piggles squeal. We have an upstairs roommate who plays guitar with us. When he comes downstairs, I don’t know why, this pig just screams at him. His “I just woke up” noise is this real high chirping sound where he smacks his lips. It’s funny because he’s happy, but it’s intolerable: You have to get up and let him outside. 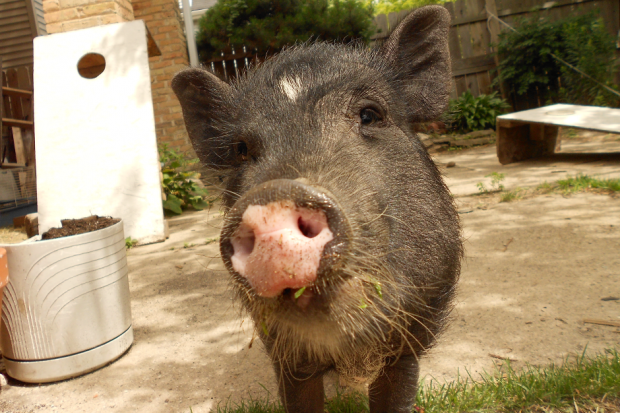 He loves dandelions. We walked him over to the neighbor’s yard and let him, one by one, pop up the dandelions. I love that skill. He systematically dug up every single thing in the yard. He started with the strawberries, then the tulip bulbs. The lilies seem to have disappeared. We have a peach tree, too, and it’s been dropping every morning. The first thing he does in the morning is run out and clean up all the shitty peaches.

People want to pet him behind the ears like a dog — that kind of weirds him out. He really likes having his nose rubbed, right between his nostrils. A lot of people think they’re looking at a dog, and then they look closer and it’s the most hideous dog they ever saw.