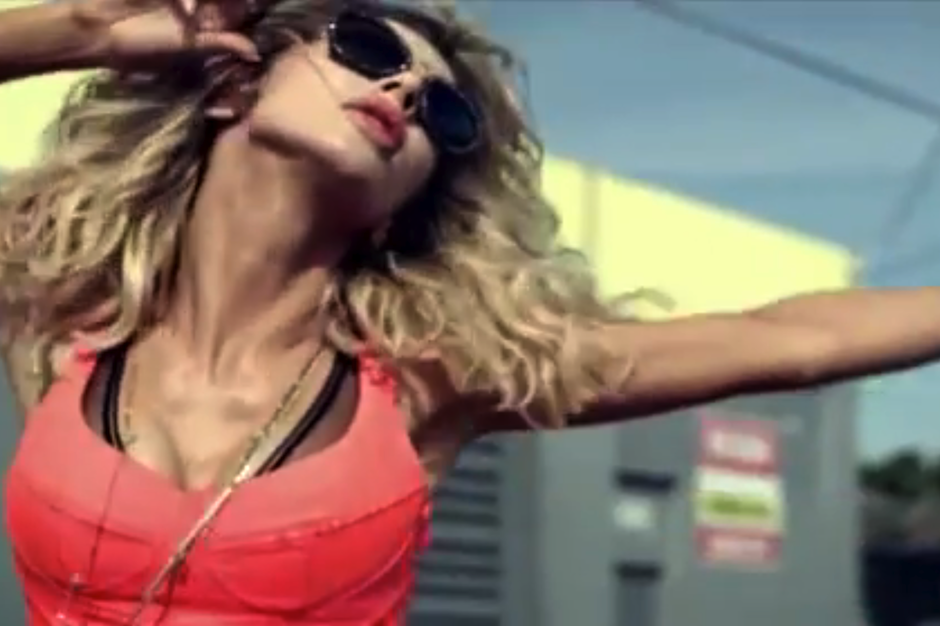 Lady Gaga hasn’t dropped a major single this year, and maybe that monster void is why pop star Svetlana Loboda has been able to dominate the charts in her native Ukraine lately with her No. 1 hit “Облака.” Loboda has been on top for almost two months now, filling the Gaga gap and possibly benefitting from a burst of nationalist pride (especially considering all the other entries in the top 10 are by foreign Eurovision alumni). Nonetheless, “Облака” still has the hallmarks of any successful club hit: weird little production flourishes, an elaborate video treatment, and an irresistible whistling melody that is more “Monster” than “Young Folks.” The Russian lyrics might pose a bit of a problem for some audiences — we can’t roll our R’s, can you? — but otherwise it’s not too hard to imagine this hand-delivered straight from Gaga’s space egg.

Or, for that matter, from Shakira, whose “She Wolf” seems like a close enough analogue once you trade the whistling for howls (that it was simultaneously released in Spanish under the name “Loba” is just a coincidence). Over the years Shakira’s done a bang-up job of precisely the sort of language-hopping and audience-juggling Loboda would need for a worldwide breakthrough, which would almost certainly require a major English-language release. But Loboda has actually had a couple smaller ones over the years, at least on the singles front — the trashy, flashy, generally fantastic “By Your Side” in 2008, and the strange, horn-laden “Be My Valentine!”, her Eurovision entry from 2009, available in both English and Russian incarnations.

Of course, pop in Russian is probably harder to break than pop in Spanish (Latin Americans made up a solid 16 percent of the American population as of the 2010 census). But it’s happened before — remember t.A.T.u.? Anyway, check out this nomer odin hit below: