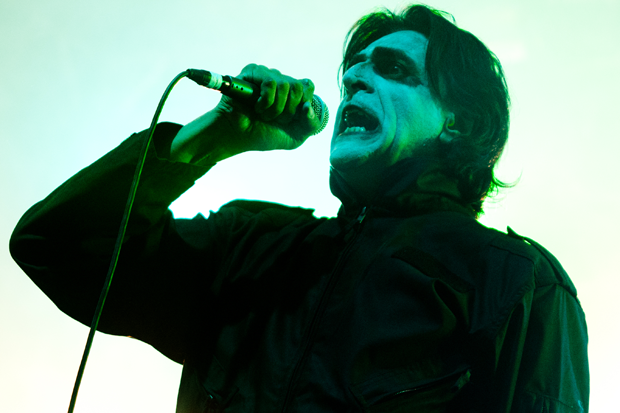 Industrial innovators Killing Joke, whose music has influenced artists from Nine Inch Nails to the Foo Fighters, are set to do a tour kicking off in Manchester this September with hard rockers the Cult and first-wave goth archetypes the Mission U.K. The thing is, their longtime frontman — vocalist-keyboardist Jeremy “Jaz” Coleman, 52 — has gone missing.

Earlier today, the group posted a message to its Facebook saying that someone — they think Coleman or possibly a fan ૼ had posted an earlier message “maligning” the Cult and the Mission and pulling out of the tour. Apparently, this was a surprise to the other members of Killing Joke who say they were looking forward to the dates. “[Coleman] is now AWOL and has not contacted any of his bandmates,” reads the latest post. “We are deeply embarrassed by this and offer our sincere apologies to all involved.” Then they added, “We are all concerned about our missing singer’s welfare,” and later, “we are doing everything we can to make this tour happen and locate our missing singer.”

Over the years, Killing Joke’s ranks have boasted a number of musicians, ranging from members of Ministry, Swans and Godflesh to even Dave Grohl on their 2003 self-titled album. Through it all, though, Coleman, with his gruff voice and atmospheric touches, has been one of the band’s constants. Should Coleman remain missing by the September tour kickoff, the group promises to “make alternative arrangements to compensate for the trouble caused.”