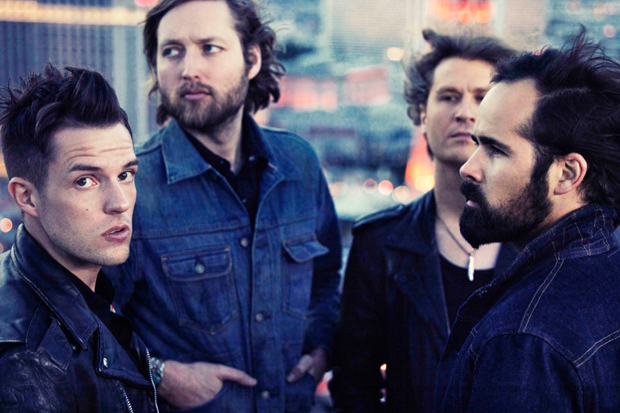 The Killers’ new album Battle Born isn’t out until September 18, but the Las Vegas pop-rockers previewed some of the new material last night in the first show of their busy summer schedule. As NME points out, the band’s Asheville, North Carolina, set began with “Runaways,” the new album’s Springsteen-reaching advance track. Other previously unreleased material unveiled during the show included the thumping arena-rock of “Rising Tide” — which the band previously showed off live last summer in London — along with the Americana-tinged nuclear-age nostalgia of “Miss Atomic Bomb” and the blippy electro-rocker “Flesh and Bones” (a.k.a. the new-agey track from the Battle Born trailer). Battle Born is, well, born! The Killers strike again tonight in Richmond, Virginia, before stopping at Delaware’s Firefly Music Festival and New York City’s Webster Hall ahead of a summer filled with European festival dates. We’ll have a full report from the NYC show for you next Tuesday.