The Killers Are Born to Run on New Single ‘Runaways’ 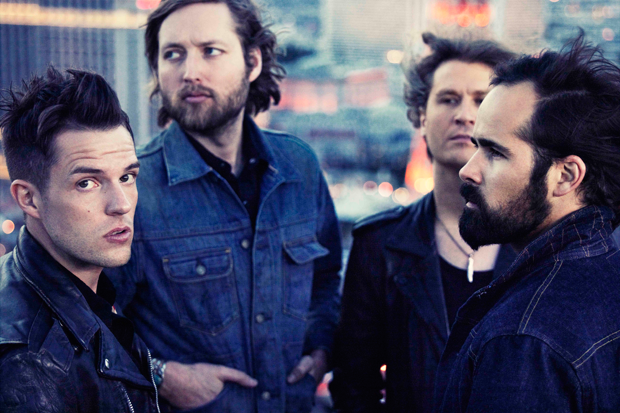 “Let’s take a chance, baby, we can’t lose,” Brandon Flowers booms on “Runaways,” the Killers’ first single from fall album Battle Born (via Some Kind of Awesome). As that lyric and the song title might suggest, the track harks back to the blue-collar Bruce Springsteen fist-pumpers of the Nevada pop-rockers’ 2006 sophomore LP Sam’s Town. As Flowers recently told SPIN, however, “We write songs that we like to play,” and this one evades Nebraska-esque starkness in favor of crowd-pleasing, open-road escape. There’s an engagement, a baby on the way, and rumbling percussion that leads into the operatic arena-rock chorus. “We can’t wait till tomorrow,” Flowers declares, and that’s basically your modern-day Manifest Destiny right there — 359 days early for your next Fourth of July party.