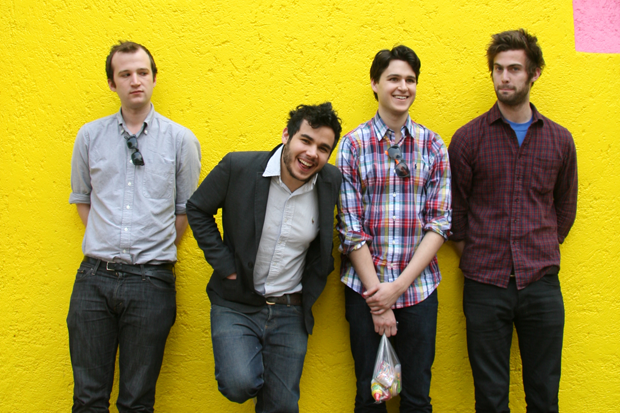 During Vampire Weekend’s nearly two-year absence from the stage, its four members have pursued projects both musical and journalistic in nature. And in the lead-up to their forthcoming headlining slot at this weekend’s Pitchfork Music Festival, the foursome booked a handful of warm-up dates between New York and Chicago, returning to the stage last night at Cleveland’s House of Blues with new songs at the ready (via CoS).

One new song, deemed “New Song #2″ by the YouTube user who posted it, falls nicely in line with the band’s early defining work, West African guitar and harmonies included. When frontman Ezra Koenig interviewed the Walkmen’s Hamilton Leithauser for SPIN last month, he mentioned that the NYC natives “have 80 percent of the songs” completed. They did, however, debut a 100 percent ready, 100 percent awesome new shirt at last night’s show.