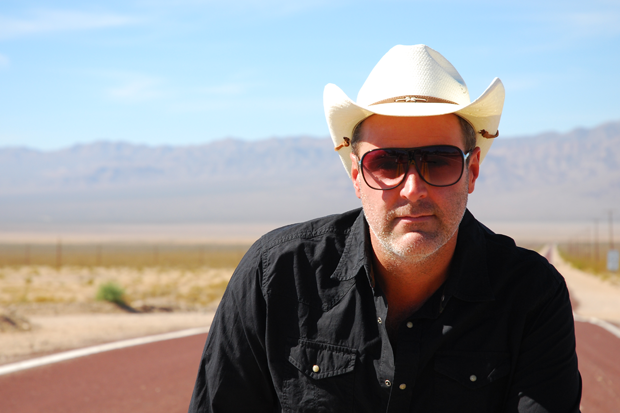 Over the past two decades, the American-born artist has roamed far and wide — London, Dublin, Berlin, and now Denver — and he’s worn plenty of hats along the way. Back in the 1990s, he recorded deep, Detroit-styled techno as Aquarhythms and Hydroelectric. (Talk about a Midwestern rave flashback: Aquarhythms’ 1997 release Greetings from Deepest America, on Astralwerks, featured remixes from Carl Craig, Morgan Geist, Deep Dish, and Rabbit in the Moon.) In the 2000s, working as Add Noise, he reconciled minimal techno with Minutemen references, forever cementing his cred with legions of ravers who grew up on hardcore punk. After that, Ahern and To Rococo Rot’s Stefan Schneider cloaked themselves in the Hauntologists moniker to get at house music’s spookier side — well before “witch house,” mind you. Most recently, while working at Berlin’s Hard Wax record store, he adopted the alias Cheap and Deep Productions as a platform for analog techno at its most suggestive.

Now, after a two-year hiatus, Ahern returns with a new label, Modular Cowboy, and a laser-sharp focus on the deepest, darkest recesses of house and techno. On the label’s inaugural release, Cheap and Deep Rides Again, the new track “Beautiful” revels in acid at its slinkiest — think Plastikman’s Sheet One, but sexier — while Berlin’s Norman Nodge and Sweden’s Jonsson/Alter contribute spine-tingling remixes of Cheap and Deep’s 2009 cut “Words, Breaths & Pauses.” Modular Cowboy number two ventures even further into the wilderness: Mesa Sequences, by Ahern and the musician/programmer Morgan Packard, is a 25-minute improv jam for vintage electronics and custom software, recorded live in New Mexico and as trippy as its high-desert surroundings. And in September, Packard’s Mesa Sequencer app will allow users to remix material from the session on iOS devices and then share their finished work online.

The first two EPs are out digitally and on vinyl in August; you can listen to all four tracks on Modular Cowboy’s SoundCloud
account. Get started below with Jonsson/Alter’s stunning “Words, Breaths & Pauses” remix, which manages to be sensual, seedy, and deeply sad, all at once. Hold on to your hats in the breakdown, too. Forget about your garden-variety “drop” — this one’s a free-fall into the infinite.