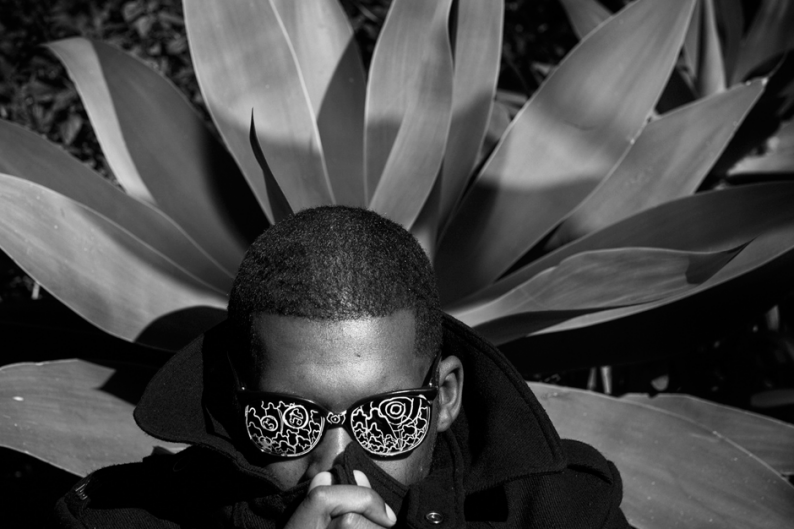 Brainy Los Angeles beatsmith Flying Lotus has had a thorny relationship with rap, sparring last year with Kanye West’s G.O.O.D. Music via Twitter over the general shittiness of Big Sean’s Finally Famous. “Oh rap,” he wrote, “You used to be such a beautiful bitch, now look at you!” G.O.O.D., in turn, accused him of not being hip-hop enough, he struck back, yadda yadda yadda. Listen guys, from now on, let’s just keep these things “Between Friends.”

Lotus has always had a healthier relationship with the dudes in Odd Future — they acted as his impromptu cheerleaders at Coachella this year — and the crew’s two most buzzed-about MCs appear on his new song, “Between Friends,” released as part of Adult Swim’s Singles Series. The increasingly less elusive Earl Sweatshirt spits all over the celestially psyched track, while someone who sounds like Tyler, the Creator appears credited as Captain Murphy, a name no doubt cribbed from Adult Swim show Sealab 2021.

FlyLo, who got his big break after Adult Swim featured his beats in their bumpers, is set to deliver his fourth album in October. Until the Quiet Comes will feature guest spots from Thom Yorke and Erykah Badu, among others, so, you know, put that in your G.O.O.D. pipe and smoke it. Tyler’s Adult Swim sketch show Loiter Squad was recently picked up for a second season and Earl appeared on Frank Ocean’s chart-climbing Channel Orange LP. Still, the fate of the whispered-about EarlWolf LP remains unknown.