It's Curtis' birthday, so he can drop an "appetizer" for scheduled fall album 'Street King Immortal' if he wants to 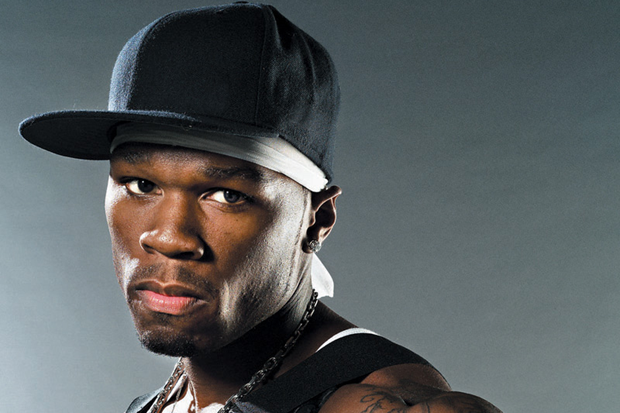 50 Cent turns 37 today, and to celebrate, the G-Unit leader has shared a free 10-track set. On Twitter this week, 50 billed 5 (Murder By Numbers) as an “appetizer” for next “official” album Street King Immortal, which he said will be out in November. Intriguingly, though, he also described his current offering as not a mixtape but an “album”; as the title indicates, it would be his fifth.

Guests on the mixtape include Schoolboy Q, Kidd Kidd (who joined 50 on one of our hip-hop blog’s favorite songs of the year so far), Hayes, and Brevi. Havoc, Hit-Boy, and Trax are among the producers. Stream or download 5 (Murder By Numbers) below.

50 Cent isn’t exactly Lil B, but he’s been churning out new music at what for a rapper of his commercial stature is almost a Based God-like pace. In May, he released The Lost Tapes mixtape. In December, he offered up The Big 10 mixtape.

However, the rapper whose government name is Curtis Jackson has said his next album will be his last with Interscope, citing a lack of marketing and support from the label. “I said I was gonna put a record out that was completely up to album standard, and I’m gonna do that,” he told Philadelphia’s Hot 107.9 radio station in June, as quoted by MTV. ” I worked on this album for a long time. It’s been three years.”

All that, and 50 recently survived a real-life car accident, too. He also hawked products on QVC and is evidently considering a new foray into boxing. In case you didn’t know, he’s also really, really rich.