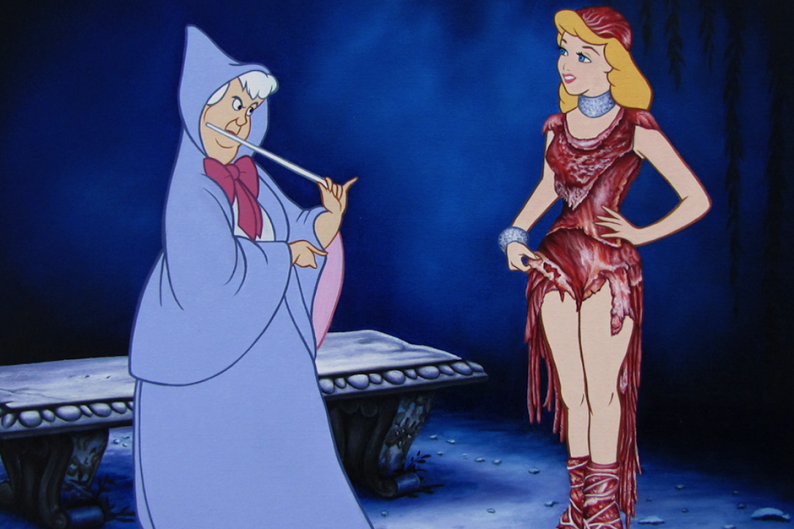 From Alice in Wonderland to The Lion King, bored animators have been sneaking sordid little details into wholesome Disney films for decades. Now, Mexican artist Rodolfo Loaiza has taken it one step further in his new exhibit Disasterland, casting Disney’s most beloved characters as modern-day celebrities, musicians, and victims of B-horror killers like Jason Voorhes. (Sleeping Beauty, for instance, has her dreams terrorized by Freddie Krueger.) Among the more music-oriented works by Loaiza are replacing David Bowie with Tinker Bell for the cover of Aladdin Sane- and sticking Peter Pan in Michael Jackson’s “Beat It” garb. In another portrait, we see Cinderella emulating Britney Spears’ infamous head-shaving moment, while the Little Mermaid gets her goth on by donning a Marilyn Manson shirt (The canvas is called “Mermanson,” naturally).

In the Disasterland exhibit, which opens August 3rd at Los Angeles’ La Luz de Jesus Gallery, Loaiza “explores what would happen to our fables if they were flesh and blood and confronted with the frenetic and excessive world of fame.” So instead of wearing glass slippers to the Prince’s ball, the fairy godmother instead provides Cinderella with Lady Gaga’s meat dress,. There’s more to Loaiza’s exhibit than Disney folks pretending to be rock stars, like the evil queen from Snow White snorting lines of “snow” and Captain Hook and Jafar from Aladdin in villainous embrace. Check out some of the Disasterland canvases at the La Luz de Jesus site. All the art if for sale, so act fast, because a painting of Alice wearing a Kurt Cobain shirt (dubbed “Nirvanaland”) has already sold out, which is surely bumming out Lana Del Rey. 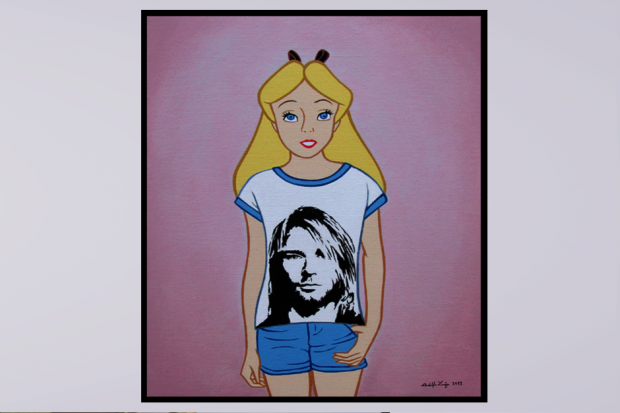 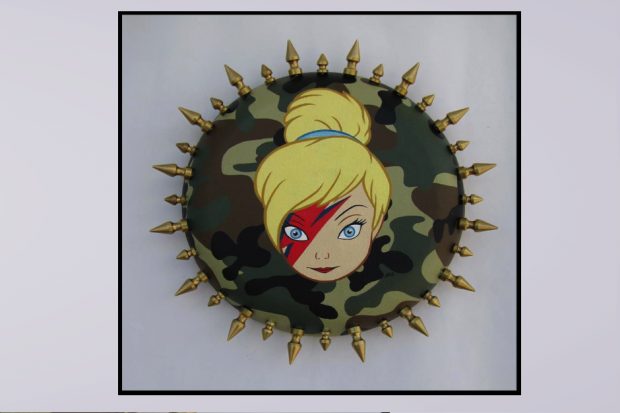