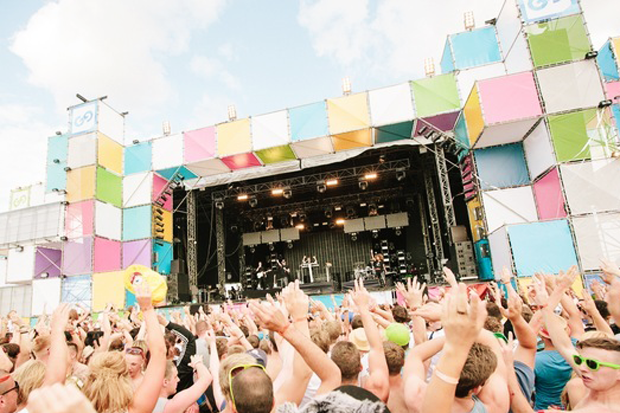 A 24-year-old man was found unconscious Saturday afternoon in a tent at the Global Gathering Festival, which drew a reported 50,000 people to see a lineup led by Skrillex, Tinie Tempeh, and Armin Van Buren, in Stratford Upon Avon, England, according to the BBC. Authorities declared him dead at the scene within 40 minutes, and at press time, cause of death is unknown pending a postmortem exam. It was the first fatality in the Global Gathering’s 12-year history.

Festival organizers released a statement reading, “Everybody at Global Gathering is deeply saddened by this tragic loss of life. Our thoughts and condolences are with the family and friends at this time.” The results of the man’s autopsy are expected later today.

The news capped what shaped up to be a tragic week for the live music industry. Last Thursday, two fans died as a result of intoxication at the EDM-focused IDentity Festival in Mansfield, Massachusetts, and the following day, a country fan was shot in the parking lot of a Jason Aldean concert in Raleigh, North Carolina, Billboard reports. There was a stabbing at a Tenacious D show in Las Vegas, as well.

Earlier this month, a young woman died at the Toronto stop of the Warped Tour, and in June two Electric Daisy Carnival attendees died of alcohol and drug-related causes. There have also been various outbreaks of violence this summer, including stabbings at Swedish House Mafia shows and a Cro-Mags gig. The news also comes in the wake of a number of festival tragedies, including a stage collapse in Toronto that killed Radiohead’s drum tech, and a string of festival-related accidents that date back to 2011. In a June 2012 report, SPIN explored the question “Festival Tragedies: Why Did They Happen?” in a special report.