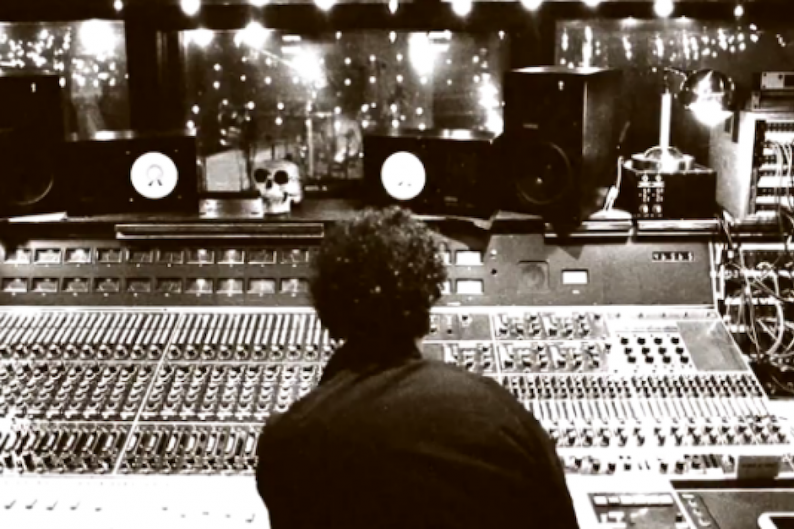 Dave Grohl may continue to hold the Nicest Dude in Rock title, but right now he’s up there with Green Day and No Doubt when it comes to teasing fans about his upcoming releases. He just dropped the third trailer for his forthcoming documentary about legendary L.A. recording studio Sound City, and it’s both under a minute long and still doesn’t offer a release date for the flick (via Rolling Stone).

“Sound City, mannn,” Tom Petty coos about the legendary studio, which turns 40 this year and has been the birthplace of Fleetwood Mac’s Rumors and Nirvana’s Nevermind. The space, owned by Rainy Day Records CEO Tom Skeeter and his family since the ’70s, went fully private in May 2011. (The last album recorded at Sound City as a commercial studio was Everclear’s Invisible Stars, which was released last month).

While decidedly less metal (and with 100 percent less maniacal Grohl cackle) than the film’s first trailer, which dropped just after the Grammys in February (though it’s less kitchy than the largely unnoticed second teaser), the new clip goes to show that the artists who recorded at the spot knew exactly why they were recording there, in the godforsaken San Fernando Valley, and not somewhere else.

Watch Petty, along with Mick Fleetwood, Butch Vig, and Trent Reznor geek out about the Neve 8028, the studio’s mother of (arguably) all analog sound boards, which Grohl himself liked so much he actually bought it and installed it in his own humble garage studio: