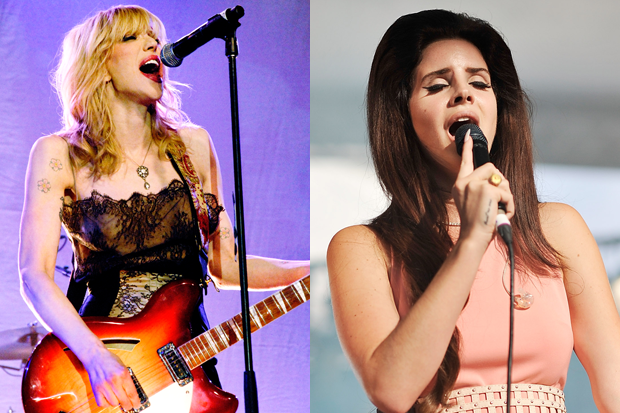 Indie-pop lightning rod Lana Del Rey covered Nirvana’s “Heart-Shaped Box” at a concert in Sydney last week, and she did it with her usual sultry moaning. To the right ears, it’s endearing, somewhat heartfelt and maybe even sexy. Of course, as is sometimes the case, Courtney Love Cobain’s are not the right ears. It turns out the widow of the song’s composer felt the need to give Del Rey some context and even some direction for the next time she performs the tune.

Last night, she tweeted at Del Rey, “You do know the song is about my Vagina right? ‘Throw down your umbilical noose so I can climb right back’ umm.” And in her usual Courtney way, she quickly followed that tweet up with, “Some of the lyrics about my vagina, I contributed.” Finally, she ended her explanation with a couple of suggestionsfor the next time Del Rey mounts the Nirvana cover: “So, umm, next time you sing it, think about my vagina, will you? lol xc.”