Love is facing a fresh suit from her former assistant 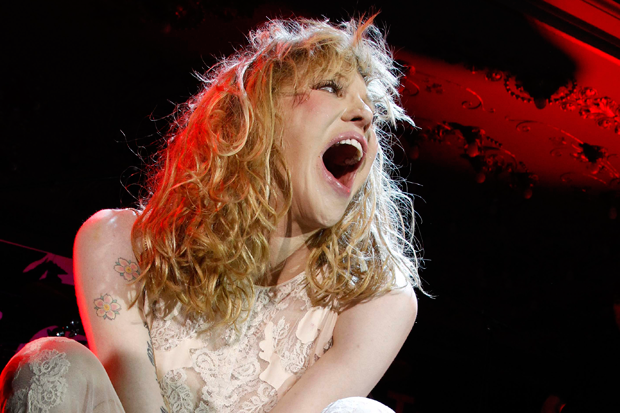 Did you know that over 625,000 civil cases are filed in New York City Small Claims Court every year? While it’s likely that Courtney Love is responsible for roughly 400,000 of those, it’s also just as likely that at least 100,000 of them are those filed against the Muppet-hating Hole frontwoman. Yesterday afternoon, her former administrative assistant Jessica LaBrie joined the long line, most recently populated by her allegedly defamed lawyers, to sue Love, this time for wrongful termination, wage dispute, and breach of contract.

As the AP reports, LaBrie claims that her year spent from 2010 to 2011 working for Love was ended abruptly after she complained “she was owed thousands in unpaid wages and expenses for business trips” and that she “suffered from headaches, insomnia and other medical conditions as a result of Love’s conduct.” What conduct, you ask? Aside from the whole accusing the nicest dude in rock of creeping on her daughter thing, LaBrie’s suit alleges Love tried to get her to hire a hacker “to change records to businesses she owned or believe she owned.” As TMZ slyly almost points out, the suit may have something to do with keeping the spotlight on LaBrie’s tell-all memoir pitch that she started shopping around earlier this year. The AP has since reported that Love’s publicist has issued a statement calling the claims “completely unfounded” and “being made with malice by a disgruntled former employee.”

Considering the dubiousness of LaBrie’s particular case, allow SPIN to illuminate five of the more admissible suits Courtney Love has faced since LaBrie began working for her. (We included the first suit, which was technically filed a year prior, because it was settled in 2011.)