Frontman Alec Ounsworth talks being down two bandmembers, what's next 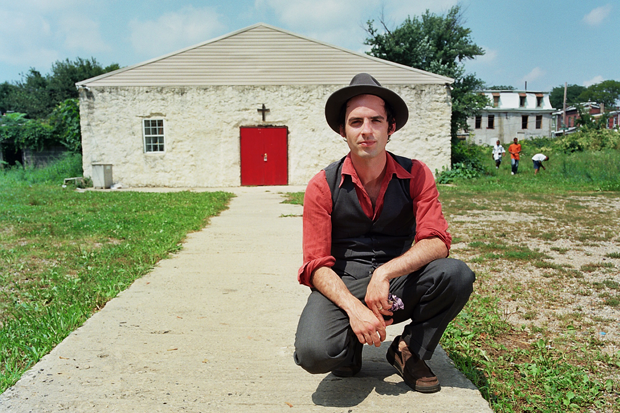 It’s been almost a decade since endearingly yelpy indie outfit Clap Your Hands Say Yeah won the hearts of the blogosphere without the help of any record label. And while last year’s shiny, upbeat Hysterical broke a four-year band-silence, all was not well in CYHSY-land. Days before a scheduled appearance at July’s CBGB Festival in New York City, two members of Clap Your Hands Say Yeah posted resignation letters on the group’s website. Keyboardist-guitarist Robbie Guertin went first, explaining he wanted to focus on his Radical Dads project and also to “grow some vegetables.” Bassist Tyler Sargent signed off next, claiming, cheekily, that he’s “in the process of forming a presidential exploratory committee for 2016.” For his part, CYHSY frontman Alec Ounsworth assured SPIN that the band will continue and that everything is simpatico with the departing members.

“I utterly respect Robbie and Tyler for the decision that they’ve made,” says Ounsworth. “The idea of holding on to this sort of concept is one that is difficult. It’s tough for people to continue doing this after doing it for eight years.”

As a “proper send off” to Guertin and Sargent, the band played a benefit show for the beloved, financially strapped Manhattan venue Cake Shop after its CBGB set. “We said our thank yous and goodbye — it was all very sappy and maudlin,” said Ounsworth playfully. “We’re not depressed. we’re not upset about anything, we’re all on very good terms.”

Meanwhile, CYHSY forges on. Ounsworth drafted Brigham Brough and Wyndham Garnett from former tourmate Elvis Perkins’ band to fill in during upcoming Spanish festival dates. Lineup changes aside, Ounsworth says new CYHSY material is imminent: “I have the next record pretty well discovered — we’ll put it that way,” he says. “I have probably 15 to 20 tracks. It’s very reminiscent of the first record.” The band is planning to work with hip-hop producer Dan the Automator. “I have great respect for and I like a lot of the work that he’s done,” said Ounsworth. “I think he will be a really interesting fit for a lot of the material that we’ve been trying to piece together.”

Once CYHSY hash out what comes next with the Automator, Ounsworth and Co. will play 16 dates with Edward Sharpe & the Magnetic Zeroes in September.