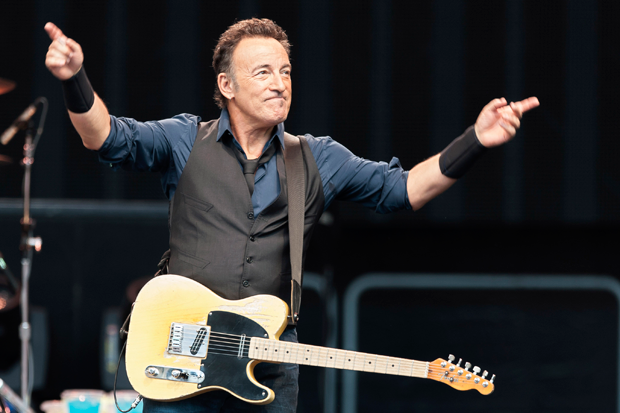 Bruce Springsteen and Paul McCartney learned their collective starpower wasn’t stronger than London’s curfew laws on Saturday, when their joint jam at London’s Hard Rock Calling festival at Hyde Park was silenced by the venue’s engineers ten minutes before the set’s intended finish around 11 p.m, abruptly ending their rendition of “Twist and Shout.” So last night in Dublin, the Boss finished the gig the way he had originally planned.

“Before we were so rudely interrupted…” Springsteen said at the top of his set at RDS (per the BBC) as he flipped on a giant prop power generator switch that looked stolen from Frankenstein’s lab. He and the E Street Band then launched into the final minute of “Twist and Shout” — without McCartney — promptly followed by a cover of the Clash’s version of “I Fought the Law.”

E Street’s 31-song set ended promptly at 10:50 p.m. this time around, 10 minutes before the local Dublin curfew — a courtesy to the city council there, too, since when they played two nights at the same venue in 2009, the band was fined roughly $61,000 for playing past the cut-off twice. “We’re not sure when the curfew is tonight,” Springsteen told the crowd, again cracking wise. “Do you really have curfews in Ireland?” At one point, the BBC reports, a man dressed up like an English police officer hit the stage to mock arrest the Boss.

Until Dubliners get around to uploading their video of last night’s show, get the general idea (sans giant power switch) from this clip coincidentally from one of those same 2009 gigs; last night obviously wasn’t the first time Bruce Springsteen covered “Twist and Shout” at RDS in Dublin.