The outspoken frontmen says all is well in Killers-land 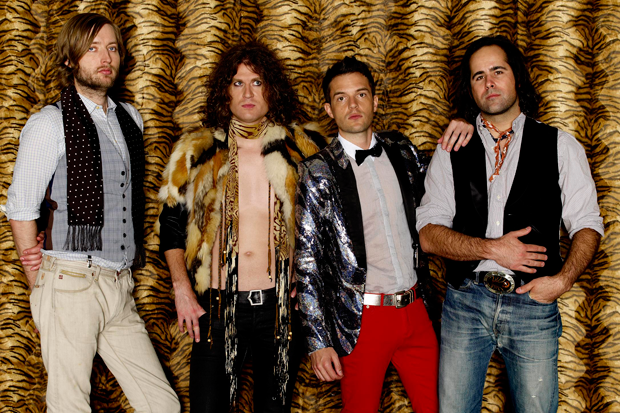 Even though Killers frontman Brandon Flowers and drummer Ronnie Vannucci recorded solo albums during the band’s 2010 hiatus, the former says that the pop-rock superstars, whose new Battle Born is out this fall, were never in danger of breaking up. “We had been at it a while and needed time away to work on our own stuff,” explains Flowers. “I don’t think any of us thought the hiatus would be permanent.”

Indeed, the Las Vegas quartet had already survived rougher patches than anything they experienced recently. “There were times at the end of the first record that were worse,” admits Flowers. “That was a pretty volatile time because none of us had ever been in that situation before. So at the same time as it was a big thrill and a big rush, it was also hard. We spent two-and-a-half years being cooped up together and that started to wear on us. We didn’t really fight, but there was this ominous feeling in the air that was like, ‘Oh no. Do we all still want to do this?'”

But with any doubts long since dispelled, Flowers and the band are now simply looking forward to sharing Battle Born, the follow-up to 2008’s well-regarded Day & Age. “I see every album as a reaction to the album before it,” he says. “Sometimes it’s a reaction to the critics, which is ridiculous. I shouldn’t listen so much to what they say. But I don’t write songs to try to make them happy. We write songs that we like to play.”

We won’t have to wait long to hear an example. “Runaways,” the first single from Battle Born, hits radio on July 10.