Kathleen Hanna and Co. say they're going through their archives 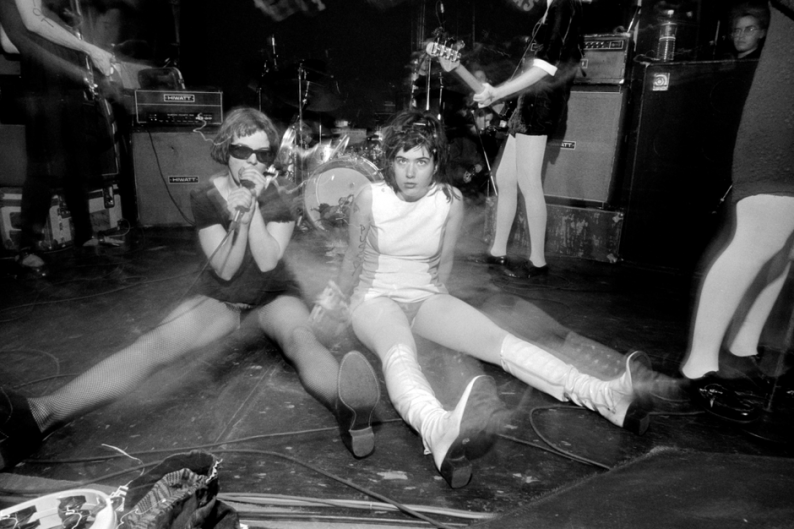 Bikini Kill, the riot grrrl quartet notorious for saying “fuck you” to major labels, will celebrate their 25th anniversary by launching their own label, Bikini Kill Records, to reissue the entire BK discography. A message on the band’s website this morning reads:

As our 25th anniversary approaches, Bikini Kill has decided to start our own record label called Bikini Kill Records. The Bikini Kill back catalog is currently available digitally via bikinikill.com, eMusic & iTunes. The Frumpies and Casual Dots are also up for sale now. We are working towards reissuing the physical Bikini Kill records one at a time. There are brand new Bikini Kill T Shirts available from bikinikill.com at this time with more merch to come in the near future.

Bikini Kill’s Self-Titled EP will come out in the fall of 2012 to commemorate the 20 year anniversary of its original release. We also plan to re-release our original demo tape, which contains songs that were previously unavailable and/or hard to find on vinyl & CD. We are currently going through our archive, which include photographs, practice tapes, live recordings, unreleased songs, films, video, writing, interviews, zines and flyers that we intend to feature on future releases and document on our website. Please subscribe to our newsletter to receive news about our progress.

The Kathleen Hanna-fronted icons, who we recently ranked as owning the 11th Greatest Band Name of All Time, were one of the flagship artists of Kill Rock Stars when Slim Moon launched the label in 1991, making the two almost synonymous with one another. While their enduring influence has been documented in books, newspaper stories, and NYU’s library — which now houses Hanna’s personal archives — they haven’t released a record since their second and last full-length effort Reject All American came out in 1996. Hanna’s post-BK project Le Tigre has been quiet since 2004’s This Island, and we haven’t heard from Billy Karren/Tobi Vail/Kathi Wilcox’s the Frumpies since 2000’s Frumpies Forever EP (Wilcox’s Casual Dots haven’t been active since their one and only self-titled record in 2004, too).

These days, Hanna (whose friendship with Kurt Cobain and enmity with Courtney Love are both the stuff of legends) is preparing an album with her new band the Julie Ruin (James Murphy is lending a hand). She’s also an active blogger and gives myriad one-off icon interviews. But we’re taking bets on a Bikini Kill reunion of some sort starting now.

For now, allow Hanna and the gang to invite you to “Suck My Left One,” for old-time’s sake: