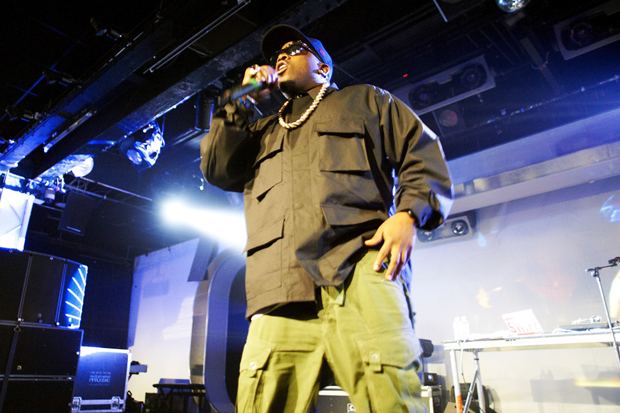 While the entire music-loving world had its collective finger hovering above the mouse button to download a digital copy of Frank Ocean’s channel ORANGE last night just before he took the stage on Late Night With Jimmy Fallon, there was at least one person feeling a little resentful of the rising singer’s moment. Big Boi logged on to Twitter just as the record hit the iTunes store to proclaim that the only reason he, too, wasn’t featured on one of the record’s 17 tracks like his OutKast-mate André 3000 (who drops a breathtaking verse on “Pink Matter”) was because, more or less, what Stacks says, goes. What’s more, he claims the same situation has occurred on multiple occasions:

I know frank called me to be on there as well, I think im bout to hop on it RT @ElliottWilson: @BigBoi 3 Stacks on that “Pink Matter”.

Dre didn’t want an Outkast Record Coming out on anybody else LP RT @JoeyDe_: whhhaaaaaa @BigBoi why werent you on it to begin with?!

The T.I. song to which he’s referring is presumably the as-yet-unreleased track Dre has reportedly hopped on for the rapper’s forthcoming LP Trouble Man (September 4, via Grand Hustle/Atlantic). The more reclusive member of the southern rap duo seems to have the upper hand in this relationship, especially given that he was the one to lay to rest rumors of an OutKast reunion in his GQ profile earlier this year, and that he’s the one currently filming his starring role in that forthcoming Jimi Hendrix biopic.

When and if it comes, though, the remix addition of a Big Boi verse on an Ocean track will, it’s safe to assume, be a definite improvement from his recent forays into vastly less sexy tunes.

Missed Frank Ocean’s performance of “Bad Religion” on Fallon last night? Not sure why this one got everyone in a tizzy? SPIN’s got you covered.