The Babies Ride Their Own Train on Noise-Pop ‘Moonlight Mile’

Woods, Vivian Girls side project, now a full-time affair, preps sophomore album 'Our House on the Hill' this fall via Woodsist 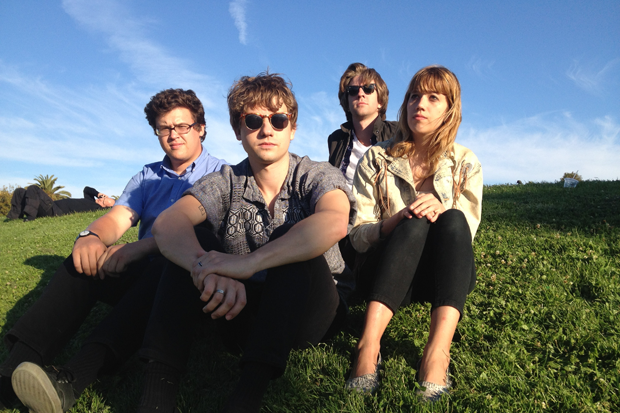 Songs about trains are a tradition that predates rock’n’roll and has somehow managed to outlast the stubborn popularity of the rock group Train. In the past couple of years, Kurt Vile asked us to climb aboard his “Freak Train,” M83 christened a “Train to Pluton,” and Mr. Muthafuckin’ eXquire rapped over El-P beats about “Pissin’ Between Train Cars,” to name just a few examples. Brooklyn band the Babies’ contribution to the train-song discography, “Moonlight Mile,” shares its title with a ballad from the Rolling Stones’ Sticky Fingers, and its fuzzy, organ-streaked jangle could almost be of a similar vintage. But this is no ballad: It’s a haunted, tenaciously uptempo gale of immaculately constructed garage-rock. “And like the train that I’m on,” Woods bassist Kevin Morby howls, as Bossy’s Justin Sullivan keeps up a locomotive-worthy backbeat (the Vivian Girls’ Cassie Ramone is also a member); “…it’s just who I am.” The song will be out as a 7″ on August 14 via Woodsist, and it’s the first single from the Babies’ upcoming fall album Our House on the Hill, a follow-up to last year’s self-titled debut on Shrimper.