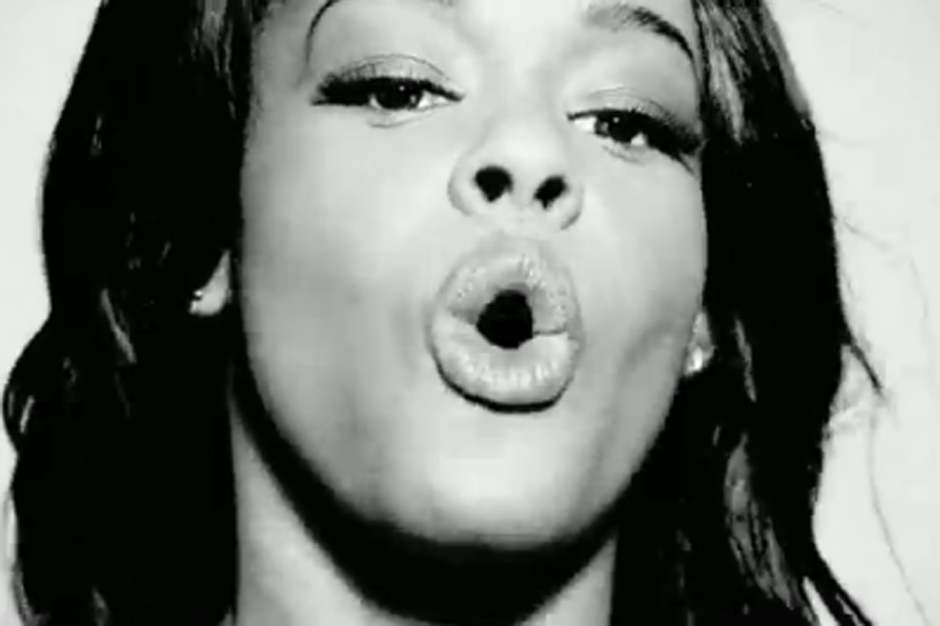 If for some unlikely reason music doesn’t work out for Azealia Banks, clearly she could have a second career as a model. She’s as stunning as any chica walking the runway these days, and while she might be a tad too diminutive for haute couture, can’t you see her as the signature face of Lancome or something? So it’s totally unsurprising that Alexander Wang cast her as the kinetic force in his latest ad for his T Fall 2012 campaign. Wang’s a mega-fan of music — perhaps you’ve seen giant wheatpastes of his adverts with Spank Rock and Santigold — and the youth-obsessed designer already brought Banks as his date to the Met Gala this year. (She wore a bananas slick leather dress with a criss-cross neckline of Wang’s design, of course, and looked like the rightful heir to the Appollonia throne.) Banks doing her version of Machinedrum’s olde hitte “Van Vogue” on the clip is a power move, but even more compelling is that signature mermaid hair, flipping around like a lightning storm in an Arizona sky. Either she’s a born natural, or she’s seen as many episodes of ANTM as we have. And maybe it’s all this ’90s supermodel excitement as of late (or the classic house vibe of the track), but she’s giving us a little “Freedom ’90,” no? Watch the video over at Style.com, and then please tell us who her trainer is. Thanks.