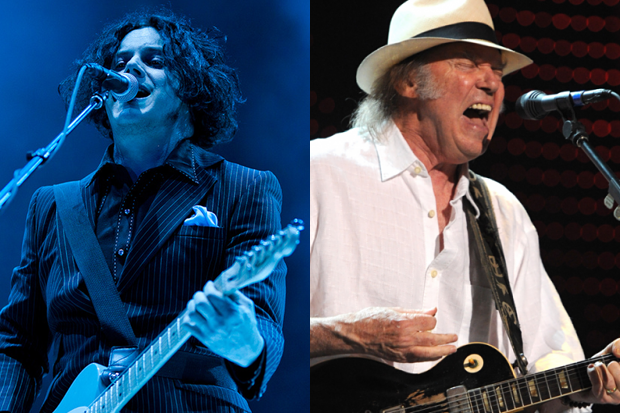 Next year’s Austin City Limits might go the Coachella route and expand to two weekends. Those attending this year’s festival might be wishing they had two weekends to choose from already. ACL has announced its full 2012 schedule, and while organizers have generally done a great job of avoiding overlap between acts with similar appeal, festival-goers will be faced with tough choices when it comes to some of the biggest names on the bill. Yes, Red Hot Chili Peppers headline Sunday night unopposed, and most people know which side they’re on when it comes to Avicii and the Black Keys on Friday night, but that doesn’t mean the weekend will be free of dilemmas.

Luckily, for those torn between Big K.R.I.T. or Father John Misty, Poliça or Tennis, M83 or M. Ward, there’s still plenty of time. ACL takes place October 12-14 in Austin’s Zilker Park. And if you’re unsure whether to get there early on Friday afternoon and see Los Campesinos! at 12:30 p.m., here’s some free advice: See Los Campesinos! (they make ridiculously over-sharing, hugely energetic indie rock about relationships — it’s great!). Otherwise, below we’ve listed the five toughest decisions you’ll have to make during the festival, along with our recommendations on how to break the tie. Take heart: The festival drew 75,000 people last year, so you won’t be alone.

5. Bassnectar vs. Steve Earle vs. Antibalas vs. Gotye, 7:00-8:00, Saturday
It’s jam-friendly dubstep dude against alt-country luminary against Afrobeat maestros against the guy with one of the biggest songs in the world this year. And Gotye isn’t playing a lot of festivals this summer. Yeah, these are all pretty different genres, but unless you know you’re a diehard electronic or country fan, you might not know which way to go. That’s OK. That’s where we come in.
Recommendation: See? There’s help! As we noted recently in a post about a puppet-filled new video, Antibalas have played everywhere, with everyone, and their members are even behind the Broadway musical Fela!. They’re funky, and they’re no joke. Do you really think “Somebody That I Used to Know” sounds so much better live?

4. A-Trak vs. Alabama Shakes, 5:15/5:30-6:15/6:30, Friday
One is a world champion turntablist, Fool’s Gold label co-chief, Kanye West chum, and member of house duo Duck Sauce, who recently called the current EDM scene a “hair metal soap opera.” The other are a rising Southern roots-rock band with a gale-voiced frontwoman. Different genres, yes, but both forces to be reckoned with.
Recommendation: It’s a hard call — that’s why it’s on here — and the Boys and Girls rockers are, by all accounts, a killer live band. A-Trak’s screed about the state of EDM, though, was more even-handed than the sound bites let on. Of two acts that stand out in their respective styles partly due to their claims to authenticity, A-Trak is the one who’s less about keeping it real. So he’ll probably throw a more entertaining party, even if he leaves the pyro and CO2 at home.

3. Weezer vs. Black Lips vs. Patterson Hood vs. Florence + the Machine, 6:15/6:15/6:30/6:30-7:15/7:00/7:30/7:30, Friday
How you came out on the last choice also dictates where you’ll be standing when it comes time for the next set. Veteran power-poppers cashing on their faded ’90s glories? Garage-rock rabble-rousers? The frontman for Southern rockers Drive-By Truckers? Or big-voiced, gospel-flavored British rockers led by a fiery-haired siren? Either of those last two would seem like a natural fit for anybody who chose Alabama Shakes, though seeing Alabama Shakes also makes it less likely you’ll get to either on time. But there’s no obvious stylistic carry-through for fans of A-Trak’s fashion-conscious beats.
Recommendation: If you’re at a festival, and you have a choice, and Black Lips are performing, you see Black Lips. It’s that simple. It might be a train wreck, but it will certainly be memorable. Read SPIN’s 2011 Black Lips cover story.

2. The Shins vs. the Roots, 6:00-7:00, Saturday
Like 2001 all over again, it’s the battle of the “the” bands! And yes, the Shins play sensitive, Pacific Northwest- and Elephant Six-indebted guitar-pop, while the Roots, “the greatest band in late night,” play live hip-hop. But is it really so inconceivable in 2012 that someone might like both indie-rock and rap — particularly rap that’s performed live by the Roots? The fact that these sets are exactly opposite each other leaves little room for catching pieces of both. You’re going to have to make up your mind.
Recommendation: Did we mention, “the greatest band in late night”? The Shins recently put out another strong album, and the performances we’ve seen have been strong. But all that’s left of that original band is frontman James Mercer. To see a fully interactive, working live band, with all the funk and spontaneity that entails, we’d have to recommend checking out ?uestlove’s crew. Who knows, maybe they’ll bring out a special guest again.

1. Jack White vs. Neil Young and Crazy Horse, 8:00/8:00-9:30/10:00
Two headliners. Two independent-minded eccentrics with blazing guitar chops. Blunderbuss or Americana? Rock’n’roll ain’t dead, it’s divided against itself. Like a, um, house that can’t stand.
Recommendation: Of the two, White clearly has the better new album, a confident statement of purpose versus a scattered reimagining of folk standards. But Neil Young and Crazy Horse are ragged rock heroes not to be missed. And as tough as it is to think about, while you should have many chances to see both acts again, Young clearly has seniority here. But maybe stop by White’s set for a song or two just to reassure him he’s loved.