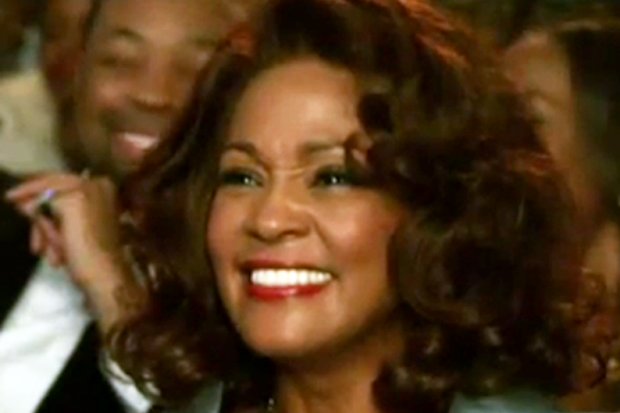 Joy, not sadness, fills Jordin Sparks’ song with the late Whitney Houston, “Celebrate,” an R. Kelly-produced dance-pop strutter from the upcoming movie Sparkle. Directed by Marcus Raboy, whose credits stretch back to Naughty By Nature’s 1991 “O.P.P.,” the video for the song nicely extends the upbeat mood, blending clips from the films with shots of Sparks singing along with actors Derek Luke, Mike Epps, and more. “When we did the song, we planned on it being Whitney and me, but she’s not here, so we wanted to make it a tribute to her,” the former American Idol winner told BET. Houston’s smiling face appears in the video, and Sparks is wearing a T-shirt with vintage Houston album artwork. The cheerful mood is a fitting way to remember a pop star whose greatest records spoke to the best of the human condition, crushing any obstacles through sheer force of will — and that tremendous, luminous voice.