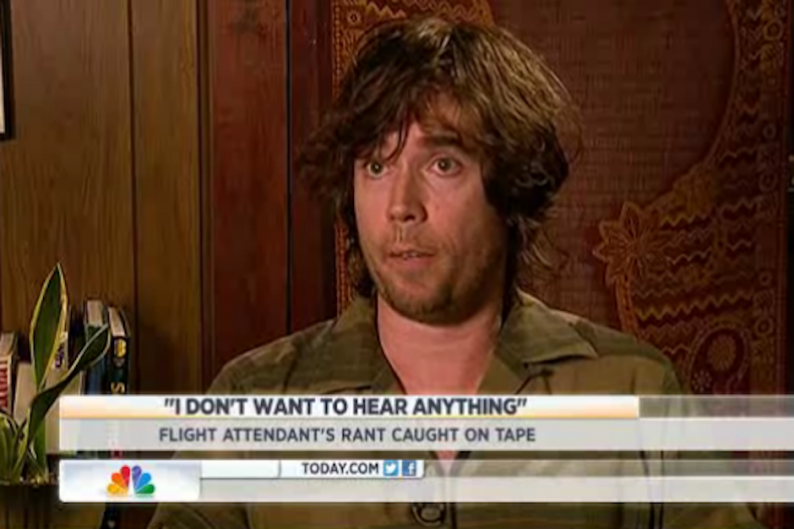 Somehow lost in all the hubub over Ann Curry’s unceremonious departure from the Today show this week was the fact that Superchunk and Mountain Goats drummer Jon Wurster would be appearing to give his eyewitness account of a bizarre flight-attendant meltdown during a delayed flight from New York to North Carolina this past Monday.

Though Wurster has spent the past 15 years as a semi-professional talk-show crank, he was all business as he recounted the series of events that led to American Airlines steward Jose Serrano completely lose it on increasingly impatient passengers. Though Wurster fretted on Twitter that people would make fun of his hair, he appeared well-coiffed and composed Friday morning as he empathized with Serrano’s devolving psychological state, and was so relaxed that he was apparently just home on his couch reading a book when the camera crew stopped by. Check around the 1:50 mark for Wurster, plus a brief snippet of him playing with Superchunk — it’s the band’s first performance on a network morning show. But with Today in so much flux, maybe not the last.