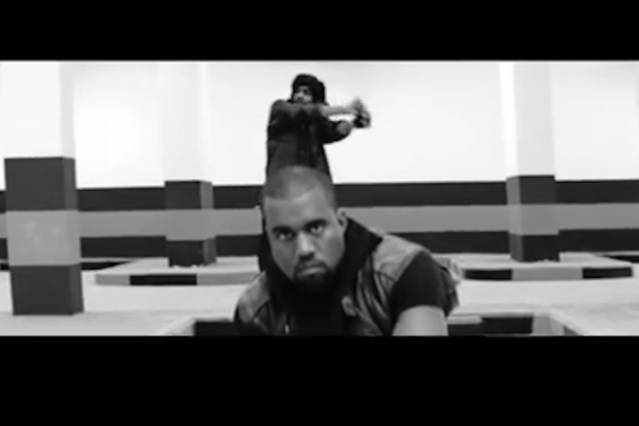 Kanye West has unleashed the deceptively minimalist video for his recent G.O.O.D. Music single “Mercy,” which seems likely to show up on his imprint’s upcoming Cruel Summer compilation. As with the track itself, the visuals at first might not appear to involve anything flashy — just West with collaborators Big Sean, Pusha T, and 2 Chainz, all lurking about and looking chic in stark black-and-white. But there’s one big exception: If the highlight of the audio is the moment where the synths lift off right before West’s laconic verse, then that’s where the video peaks, too — watch closely, or you’ll miss two Wests lip-syncing for the price of one! Then guest rapper of the moment 2 Chainz steps up to bring the muscular, dancehall-tinged trunk-rattler home. Now if only West and YouTube can figure out a way to simulate watching this on seven screens, our minds will truly be blown.