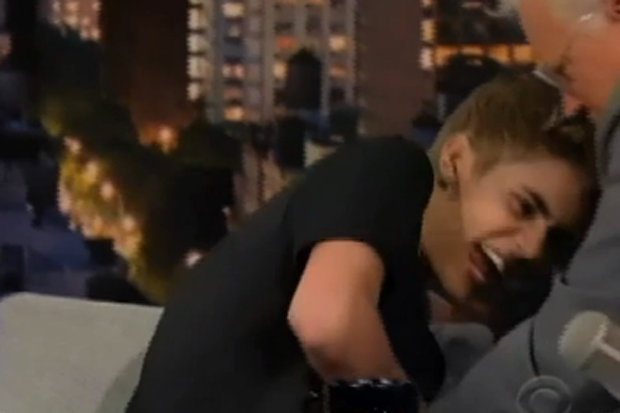 David Letterman’s assault on the supposed bromance he and Justin Bieber may have shared at one point soldiered on last night when the prince of pop took on double duty as guest and performer on the Late Show. In the past, he’s forced the kid to recite cringe-tastic “little known facts” about himself, but on last night’s sow, the host apparently abandoned all pretense and went right for the jugular, via the crotchety “respect your elders” routine, calling him out on his new “BELIEVE” tattoo, trying to convince him to go to college (as if the 18-year-old riot-inciter needs the “chicks ahoy” Letterman uses as bait), and subjecting him to opera music.

Letterman did apologize later on, though, likely to ensure Biebs millionth “Boyfriend” performance since its arrival in March would go off unmarred by awkwardness — and of course, Bieber being the pro that he is, it did. Watch Letterman screw with the singer and read our Believe review!:

The apology, plus “Boyfriend”: