Watch Against Me! and Joan Jett Cover the Replacements’ ‘Androgynous’ 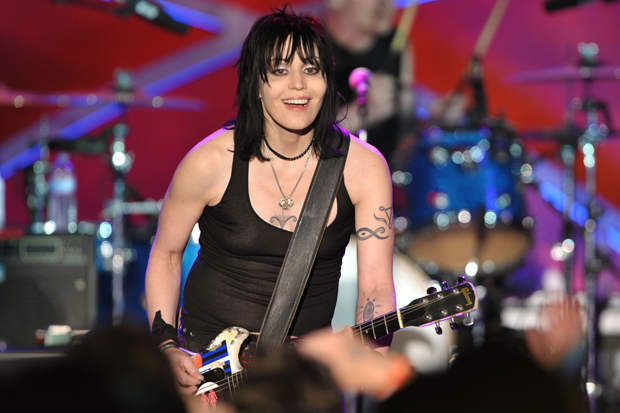 Against Me! opened for the Cult Friday night at Manhattan’s Terminal 5, marking the band’s first New York City appearance for singer Laura Jane Grace since she came out as transgender last month (her live debut came two weeks ago in San Diego). For a little extra oomph, the band was joined onstage by Joan Jett, who sang the Replacements’ “fuck your gender norms” anthem “Androgynous” with Grace (wearing more or less matching outfits and tattoos, we might add).

The song originated on the Replacements’ 1984 album Let it Be and Jett covered it on her 2006 album Sinner. Jett and Grace’s double delivery in the video below comes off like a cooler, less troubled “Transgender Dysphoria Blues,” which Grace — then Tom Gabel — wrote and performed acoustic at Against Me! shows prior to her announcement last month. Though Grace is now about a month into hormone replacement therapy, her voice hasn’t been affected yet; it matched — if not overshadowed — Jett’s at T5: