Watch 50 Cent Get Richer on QVC

Fiddy believes in the power of daytime television 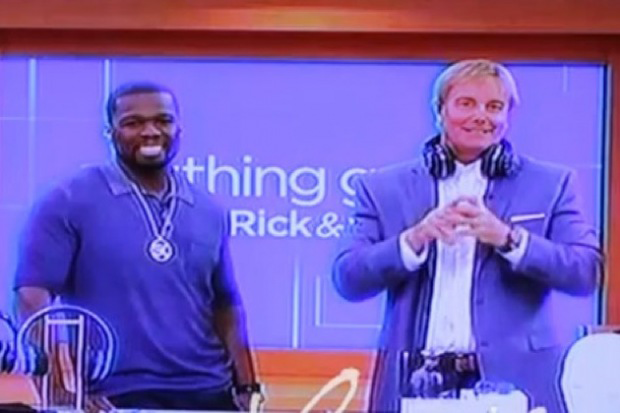 Sometimes a rapper’s gotta do what a rapper’s gotta do to maintain his Forbes list status. Days after he made a concerted effort to patch things up with Oprah, 50 Cent paused his boxing career and continued to make nice with the daytime television crowd Tuesday on QVC, where he hawked his SYNC and STREET lines of (very expensive) headphones (on the same broadcast as Jimmy Fallon, no less, who paraded out his new book, Thank You Notes 2, and album, Blow Your Pants Off, with a performance). Hey, they’re no Air Yeezy IIs, but we’re 80 to 90 percent sure moms can’t use designer sneakers to mesmerize screaming toddlers up on road trips.

Both Lionel Richie and the Beach Boys have similarly visited home shopping channels to boost sales of their new albums; 50 Cent’s long-delayed (though not in hip-hop terms) fifth record, which he just announced will be called Five (Murder By Numbers), is due conveniently soon, July 3. In the video below, Fiddy’s able to not only sell out QVC’s stock of his headphones, he also sneaks in a snippet of “21 Questions” and proclaims that he’s his own favorite rapper — basically a win-win-win, despite having to grit his teeth when the host suggests he’s going to be listening to country music on his pair (via AllHipHop).