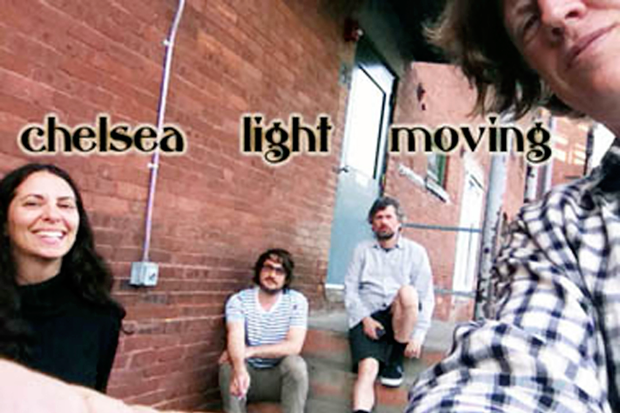 Sonic Youth may be kaputski for the time being, but fans of the New York City icons’ mercurial guitar sprawl will find plenty to like about “Burroughs” the first single from Thurston Moore’s new band Chelsea Light Moving. Lyrically inspired by the last words of Beat icon novelist William Burroughs, the song is a six-minute ride through the interzone, as Moore sings about love as a painkiller and makes his guitar howl and screech atop some wooly support from bandmates Keith Moore on guitar, Samara Lubelski on bass, and John Moloney on drums. The song is much, much closer in spirit to Sonic Youth than either his forthcoming Yoko Ono-Kim Gordon collabo YOKOKIMTHURSTON or the gentle folk of his 2011 solo album Demolished Thoughts.

Another song from Chelsea Light Moving is due next week. Also next week, Thurston and Co. will play a small run of shows in Montana and Colorado. Stay tuned for more.

Listen to “Burroughs” on Matador’s blog.