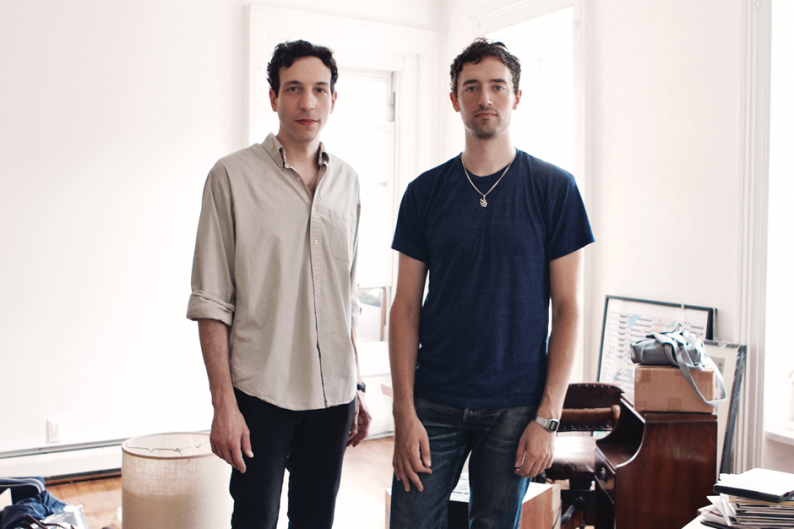 Who: Veteran Brooklyn musicians Jesse Cohen and Eric Emm were between projects (Professor Murder and Don Caballero, respectively) in 2008 when they posted a one-off track crafted for a friend’s art project online. “New Flowers,” a furious mesh of skittering drums and atmospheric vocals, caught the ear of taste-making U.K. imprint Young Turks (home to SBTRKT and the xx) who offered to release it as a single, thus transforming Tanlines from studio experiment to full-blown band. “The fact that a complete stranger whose job it is to care about music was like, ‘I want to do something with this,’ definitely made us feel like, if we could do this when we’re just sort of messing around, what could we do if we were taking it more seriously?” Cohen says. To that end, the pair took their time slowly piecing together their debut LP, Mixed Emotions, released in March via True Panther.

Sounds Like: Pairing plaintive vocals with frenetic electro-pop and humidified sounds culled from both calypso and reggae, the multi-instrumentalist duo create a worthy soundtrack to summers spent in the shade. “My instinct is to write upbeat melodies and warm sounds,” Cohen says. “Eric likes things slower and darker than I do. The way we work is, I’ll write the beat and a lot of the music, then Eric will come in alone and work the vocals over. It’s a mixture of light and dark.”

Love and Theft: Fresh off a North American tour, the duo has been encouraged to find enthusiastic fans in nearly every corner of the continent. Still, one city in particular stood out for its curious mix of generosity and petty thievery. “The crowd was particularly rabid in San Francisco,” Cohen says. “Someone gave us a bag of coffee beans with a handmade label on it, a hand-drawn portrait of us. And we had an incredible crowd. They took all my drumsticks. We left all our stuff set up onstage, and after that show I had two drumsticks left.”

Awwwwwww: The duo invented an emoticon to visually express their approach to life’s barrage of bummers. “Winky sad face” — emblazoned on the front of their Mixed Emotions CD — is “our mascot,” Cohen deadpans. “It’s an emoticon that you use when you say something is sad or messed-up, but you still laugh about it. It’s a combination of laughing and sadness. We didn’t make up the defense mechanism it represents, but it’s definitely a big part of our aesthetic.” ;(