See the Video Wayne Coyne Made With ‘Weirdos’ HOTT MT 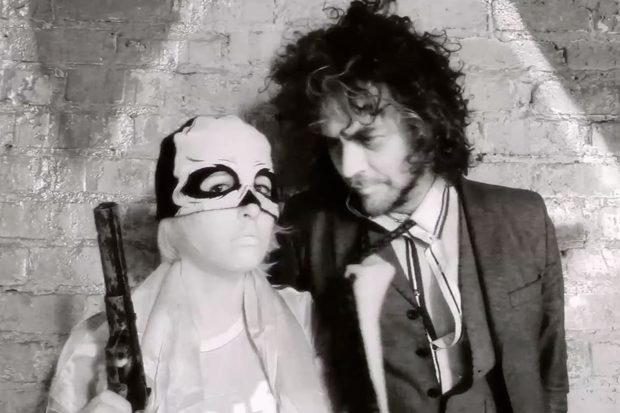 The members of Los Angeles psych-pop trio HOTT MT record under bizarre aliases, refer to their sound as “Thai gaze,” and seem to be inspired by the “teachings” of famous conspiracy theorist Milton William Cooper. (Their handle is an acronym for Hour of the Time Majesty Twelve) That’s already enough crazy to make a band memorable, but Ashi Dala, Spooky Tavi and Bad Bahd had weirder aspirations still, so in January, they packed up their instruments and drove to OklahomaCity, timing their trip so that they’d arrive at Wayne Coyne’s doorstep on the morning of the lead Flaming Lip’s 51st birthday. They brought him a copy of their newly finished album I Made This and requested a collaboration.

And as Tavi, a.k.a. Nick Logie, told SPIN in January, Coyne responded thusly: “You guys look like weirdos! Come inside, just please don’t kill me.” Soon after, HOTT MT wound up contributing to the Flaming Lips & Heady Fwends song “2012 (You Must Be Upgraded)” along with Ke$ha and Biz Markie, and also recorded their own track at the Coyne complex featuring vocals from Acid Gandalf himself. Below, behold the video for “I’ll Never Hate Again,” in which it appears the threesome does indeed intend to kill their idol. The clip was directed by go-to Lips film guy George Salisbury and shot at Coyne’s new OKC gallery the Womb. A 7-inch single is due out July 31 on L.A. label Origami, limited to 500 copies and on pink vinyl of course.