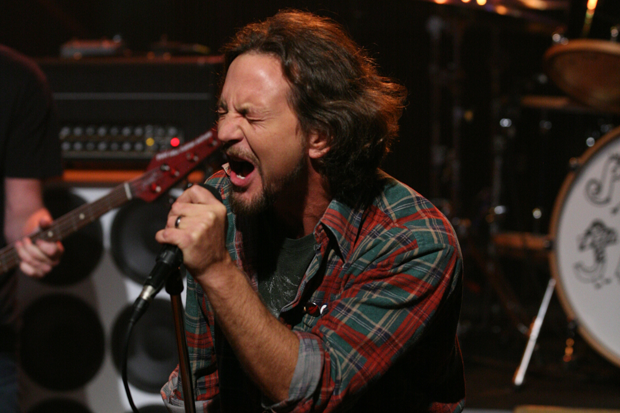 While most stories involving musicians and politicians these days consist of the former telling the latter to go f—ind an attorney, with the campaign season revving up artists are declaring their loyalties. If you’re a Pearl Jam fan in Montana, you may want to start paying attention to the upcoming elections immediately: As Rolling Stone reports, the band will be giving out a pair of “onstage reclining seats” at their September 30 Missoula, Montana, show (as well as VIP passes, round-trip airfare, and a hotel room) to one fan who donates to the campaign fund of the band’s longtime friend and junior U.S. senator Jon Tester.

“Jon is the real deal. He’s a hardworking Montana farmer who has never forgotten who he works for or where he comes from,” said PJ bassist Jeff Ament, who grew up in Montana. “He’s one of us, a rare gem who truly represents Montanans in D.C. I look forward to joining folks from across Montana in support of Jon to reelect him in November.”

The winner, who will be picked at random from a raffle compiled of every donor who contributes before August 24, and her/his guest will also get to sit down to dinner with Tester and Ament. Tester also offered straight-up VIP packages, which featured the same offerings the raffle winner will enjoy (minus the airfare, hotel room, and reclining onstage seats), have long since been sold out. This isn’t the first time this campaign strategy has been put to use — it’s the same one offered up for the President’s own reelection campaign, though with Obama, you get Carrie Bradshaw (and, okay, probably Jay-Z) instead of a grunge band at the foot of your La-Z-Boy.