Join album due out on September 25 via Chimera Music 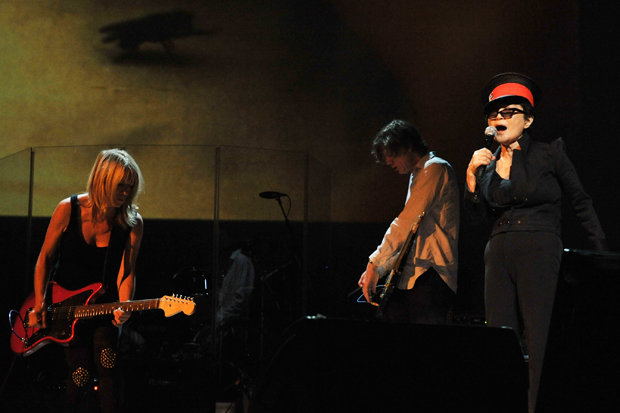 Yoko Ono has joined forces with Sonic Youth’s Kim Gordon and Thurston Moore for a new collaborative album. YOKOKIMTHURSTON will arrive on September 25 via Chimera Music, Ono’s management has confirmed. The six-song release teams the perennial avant-garde renegade — and, of course, widow of the Beatles’ John Lennon — with the erstwhile noise-rock power couple, who late last year revealed they would be going their separate ways after 21 years of marriage.

YOKOKIMTHURSTON isn’t the trio’s first time working together. The 14-minute advance single “Early in the Morning,” which will appear on the album, is out now via Chimera Music and the usual retailers — you can hear a preview over at Amazon.

Separately, the Guardian has posted a video of Ono, Gordon, and Moore performing “Mulberry,” from Ono’s 2001 album Blueprint for a Sunrise, live at the Orpheum Theater in Los Angeles. This particular piece leans decidedly more toward the art world, with ululating vocals and a steady underpinning of screeching drone.