Fans of the hated band can't hide anymore - nor can Creed's, or John Mayer's, or Fergie's 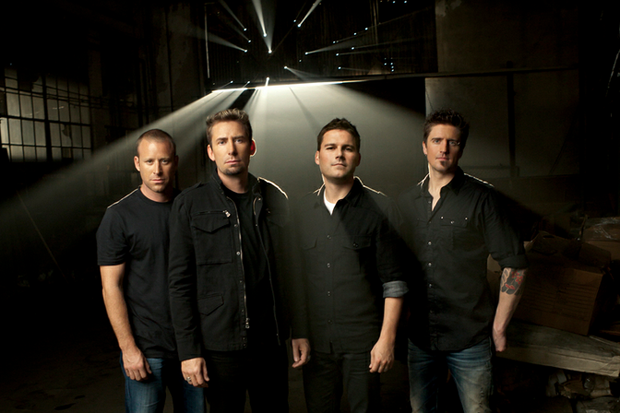 Apologies in advance to all you conscientious Facebook objectors out there: You might not be able to play this round. Last night, when Nickelback were busy hanging out with Guy Fieri at their show in San Jose, California, the Internet was busy figuring out a way to expose secret fans of the 11th biggest punching bag in pop history, and figure it out, well, of course it did. Technically, Facebook users have always been able to click around and detect which of their friends like which fan pages, but now, thanks to some decidedly pointed detective work, we’ve been gifted with a handy-dandy URL we’d like to dub the Nickelback Fan-O-Vision. It’s best if we leave the rest to you (don’t worry, we’re not Nickelbacking you, promise):

Buzzfeed picked up the gem this morning and added a few extras, including fellow punching bags Creed, John Mayer, and the Black Eyed Peas. (Fittingly, Guy Fieri also gets one.)

Lucky for NIckelback’s egos, the band has a sense of humor (or two!) about digital haterade, so it wouldn’t be too surprising if they took a spin on Fan-O-Vision in the near future to see which of their own Facebook friends didn’t click “like.” Consider this PSA not as an encouragement to go on an unfriending spree, but rather as a great equalizer — a tool of truth, if you will. (Is it Friday yet?)