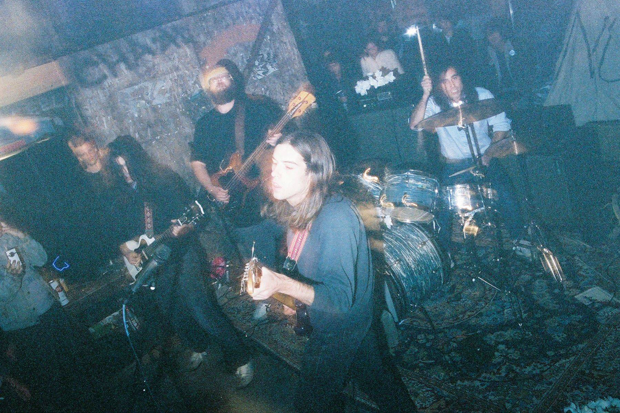 Washington State-based wrecking crew Milk Music resurrected an old song today as part of the announcement that in addition to finally uploading their Beyond Living EP to the iTunes store, they’ll also be touring across the U.S. and back next month. “Violence Now” is an ultra-distorted, SST-informed, Wavves-indebted slab of comfort food that first appeared last year on a flexi-disc included with an issue of NUTS!, a fanzine headquartered in their native Olympia. Hear it: