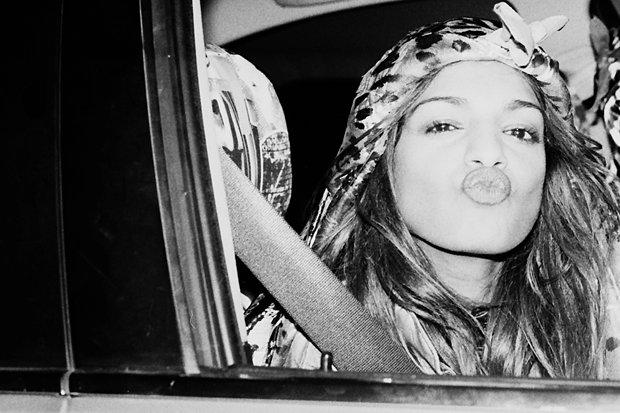 Ah, yes, here’s further proof of the prescience of Beyoncé’s 4 player-replacer “Run the World (Girls).” On Sunday night, the San Francisco pop-rock band Girls’ music appeared on the HBO post-mumblecore show Girls, reversing an earlier apparent beef launched from the Twitter account of frontman Christopher Owens. Now, M.I.A. has unleashed a remix of her latest unforgettable video selection “Bad Girls” by “Run the World” producer (and previous M.I.A. producer) Switch, and the all-female guest list can pass on a couple of the hottest female rappers working — Nicki Minaj, Azealia Banks — and still be as stacked as Thelma & Louise juicing A League of Their Own with human growth hormone.

Joining M.I.A. on this recasting of “Bad Girls,” itself a reworking of a cut from her 2010 Vicki Leekx mixtape, are indomitable veteran Missy Elliott and saucy challenger Rye Rye. The Supa Dupa Fly rapper behind such hits as “Work It” and “Get Ur Freak On” appears on the how-can-she-walk-in-those heels of performing a new song live with Timbaland and joining Lil Wayne on a Busta Rhymes remix, though her first new album in seven years will sadly (if unsurprisingly) miss its reported June release date. Baltimore’s Rye Rye, for her part, just released a long-delayed album of her own, the supa-dupa fun Go! Pop! Bang!; go watch her wonderful “Boom Boom” video right now, and then read our contributor Puja Patel’s revealing interview with the unrepentant “role model” — whose chipper lack of nihilism seems more shocking these days than, we dunno, flipping the bird. Bad girls gone good?

Check out Missy Elliott’s ham sandwich shout-out, and evidently a guest spot from M.I.A.’s own offspring: “Shout out to ikhyd for gettin on the remix !!!” she tweeted.

Bad Girls – The Remixes also features “N.A.R.S. Remix – ft. Missy Elliott and Azealia Banks” and the “Leo Justi Remix.” It’s available July 3 via digital retailers, and also as a USB necklace. Order them at Maya’s website. Expect her fourth official full-length to arrive this fall on N.E.E.T./Interscope and remind yourself what she told us about it here: M.I.A. on Her New Music and New Job: Designing Beer Bottles.