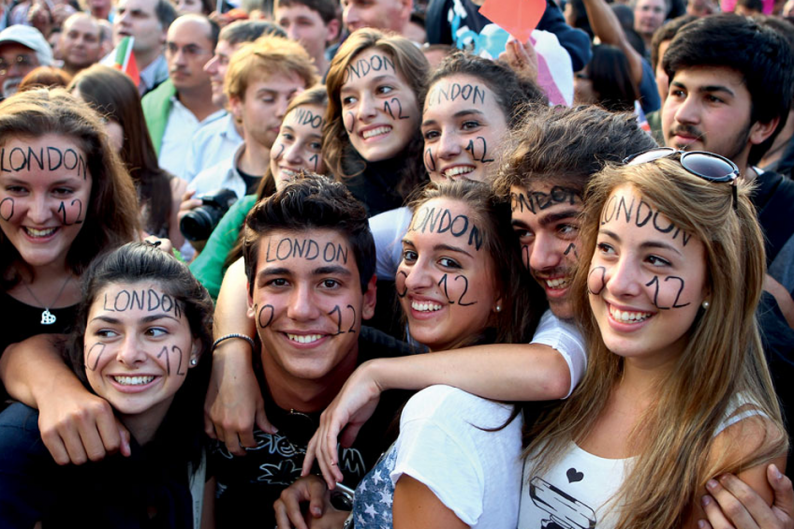 Though it may seem like a boon, hosting the Olympics is a very expensive endeavor. Not only do the years leading up to the events require billions of dollars’ worth of infrastructural preparation, but economists also say that tourism in general suffers during the games themselves (call it the “We’re Staying Way the Hell Away From That Insanity on Our Summer Vacation” Syndrome). The upcoming games in London are no different — and now they’ve started affecting the British music business. As the BBC reports, music festival organizers across England have been forced to cancel their events due to low ticket sales — the Olympics are simply dominating the country’s minds, money, and time, they say.

According to BBC’s report, fests like smoothie company Innocent Drinks’ Innocent Village Fete, Blur bassist Alex James’ Harvest Festival (which he and a neighbor usually host on their farms), the Big Chill festival, the Cowley Road Carnival, Intro Music Festival, and (perhaps most prominently) the would-be Adam Lambert Queen-fronting gig, Sonisphere have all been forced to shutter this year citing economic difficulties, many specifically naming economic competition from both the Olympics and the Queen’s Diamond Jubilee, which was held last month. The Guardian, too, reports of similar shutdowns (or at least, “put-on-holds”), like that of comedy and culture fest Scipmylo (it’s “Olympics” backwards).

Still, that’s not to say there won’t be any live music going on in England during the games; the Olympics’ opening ceremony, which will take place on July 27, will feature commissioned music by Elbow and music direction by Underworld. Blur themselves, along with the Specials, New Order and probably Coldplay will bring up the rear, at a Best of British concert in Hyde Park, in line with the games’ closing ceremony August 12.