Weezy says first LP was rushed, but this one will be "quality" 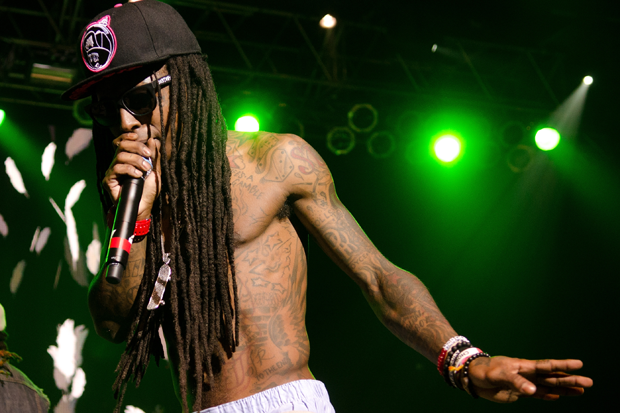 Lil Wayne had no trouble making the split-second decision that resulted in a ridiculous Summer Jam beef, but he’s also learned the value of exercising a little patience. Which is why his upcoming I Am Not a Human Being II has been, you guess it, delayed!

In a clip pulled from the same interview with MTV in which Weezy correctly identified Nicki Minaj’s gender last weekend at Atlanta’s Hot 107.9 Birthday Bash, the perpetually shirtless one explained that the difference between the first installment of I Am Not a Human Being — which made him the first artist since Tupac to hold a No. 1 album while in jail — and the second is that this one won’t suck.

“Last time, the music was rushed because I had to take that eight-month vacation on that island, so we had rushed the music,” he says in the interview, “but this time we didn’t rush the music.” He adds that the wait will be worth it, because he explains, fans are “getting the quality of all my albums: Tha Carter IV, Tha Carter III, … with this I Am Not A Human Being II. Hope you like it.” Very smooth reference to your stint at Rikers for gun possession, there, sir! We’re still waiting for that memoir, though. And, you know, at least a somewhat-concrete release date for I Am Not a Human Being II, which we hope contains at least a little more quality than Tha Carter IV.